Things of note for the week ending Saturday, September 16th, 2017.

If youÂ SUBSCRIBEÂ to the Five things on Friday newsletter, you areÂ 100%guaranteedÂ to getÂ MORE STUFFÂ than reading it here on whatleydude.com â€“ just sayin.

Let’s start with the thing that made me want to open my laptop and log into MailchimpÂ in the first place.

CNN Anchor, Brooke Baldwin (pictured,Â centre) invited two men onto her show to discuss the White House call for ESPN to dismiss anchor Jemele Hill after she called the President a white supremacist on Twitter.

The guy on the right, Clay Travis, has managed to get this far in his life without anyone telling him that IT IS NOT OKAY to just bring up female anatomy because he thinks it’s funny.

And Brooke Baldwin was having none of it.

This is tremendously exciting.

The BBCÂ published this, this week: 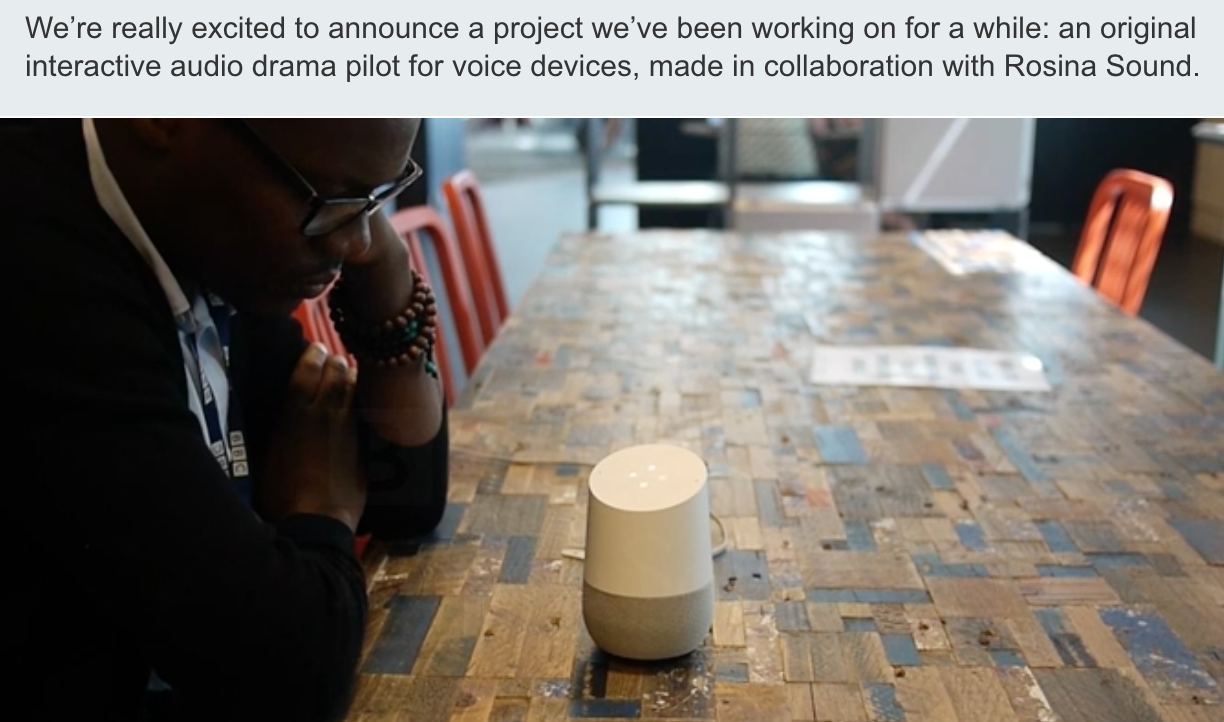 “Weâ€™re trying out a new way to interact with a story. Weâ€™ve seen a lot of examples of interactive audio stories which operate like a Choose Your Own Adventure book – short chunks followed by a choice: would you like to go down the stairs or through the door? We donâ€™t think this works particularly well for entertainment – it takes you out of the moment and forces you to step back and consider your choice at a level of remove from the story and in the context of all the other choices youâ€™ve made. In this pilot, youâ€™re actively playing a part in the story, using your own voice – we wanted to make it feel like youâ€™re having a genuine, direct interaction with the other characters in the piece. We havenâ€™t come across any other interactive stories like this on voice devices, and weâ€™re excited to see how people respond to it.”

Coming to Google Home and Alexa before the end of the year, ‘The Inspection Chamber’ looks like a genuinely innovative take at using VUI (voice user interaction/interface) as a story-telling tool.

The Inspection Chamber pilot will launch before the end of the year (I’ll probably mention it again when it does).

Side note: I’m fairly bullish on voice interfaces at the moment. Some of you may recall that I was building one for Ogilvy over the summer (it’s now live, you can ask Google Assistant where rooms are in Sea Containers – see image below), and it’s ace and great as a tech demo. However,Â there is no ‘killer’ app for it yet and the error rate is not something I’d be happy with rolling out anywhere. To me, voice is so early days – and driven so much by user context – we’re nowhere near it being ‘the next big thing’ by a long way. That said, things like The Inspection Chamber get me excited because it means creative minds are playing with it – and that’s when the magic happens. 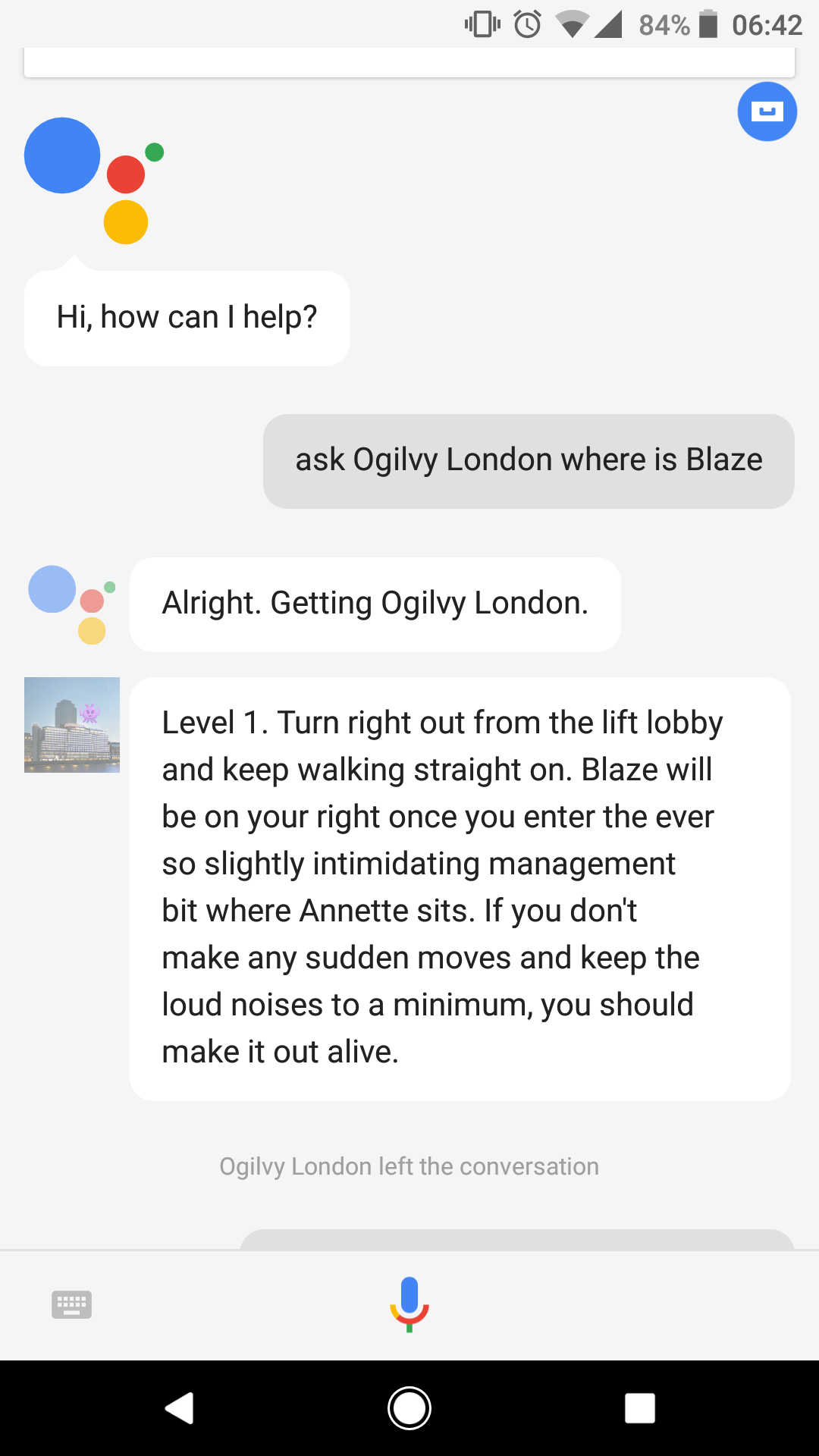 Admittedly only really useful if you’re an Ogilvy London employee but still. 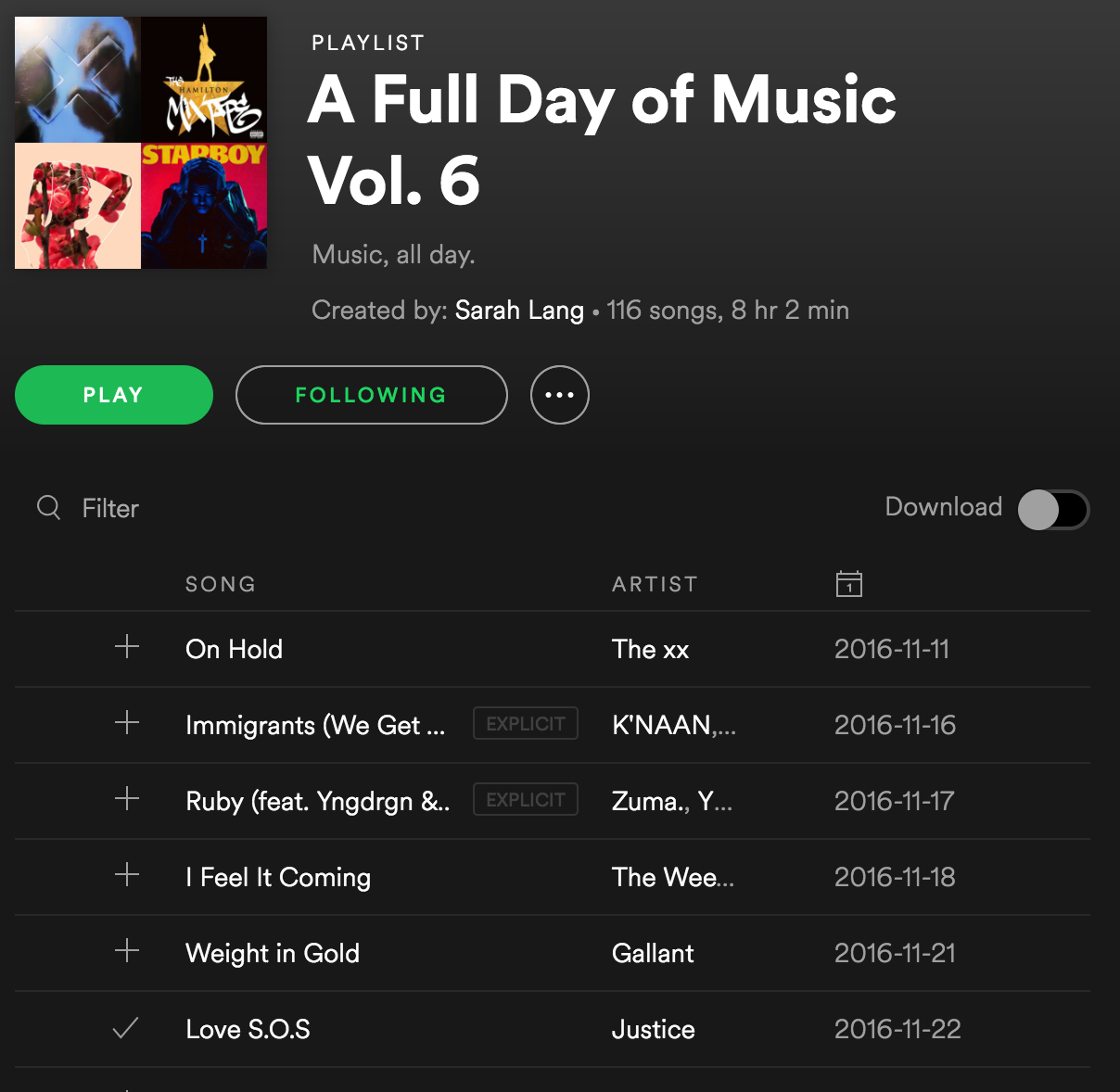 My friend SarahÂ and I write playlists together on Spotify. The rule is: when that playlist hits 8hrs, we stop, publish, and start over. We’ve just started on volume seven, which means volume six is ready to ship.

You can get it…. riiiight….Â HERE.

Oh, and it’s awesome, by the way. You should totally listen to it and then tell us what you think of it.

Ps. If you’re interested in the links to any of the others, hit reply to this email and I’ll send them on over.Â

4. A SECTION ON MOBILE PHONES

HERE ARE SOME SENTENCES AND LINKS ASSOCIATED WITH RECENT MOBILE THINGS + MY OPINION:

The next edition of the Pixel, catchily named the Pixel 2 (for the time being, at least) is set to be announced on October 4th.Â Get onboard the hype train.

Rumour has it the Pixel 2 will not have headphone jack. This is probably a deal breaker for me.

At the time of writing, I do not know what my next phone will be. I was tempted by the Samsung(s) but I hear theyÂ are a touch too light on the fragile side of things (literally,Â no oneÂ I know who has one is still on their first one – NO ONE).

I was on the fence about the ‘Essential’ phone (still am) but I thoughtÂ this was a good review.

In other phone news: Apple announced a very expensive phone (perhaps to shy away from the other phones it announced, which were frankly terrible update on the existing models). The most interesting thing about the whole announcement was this: 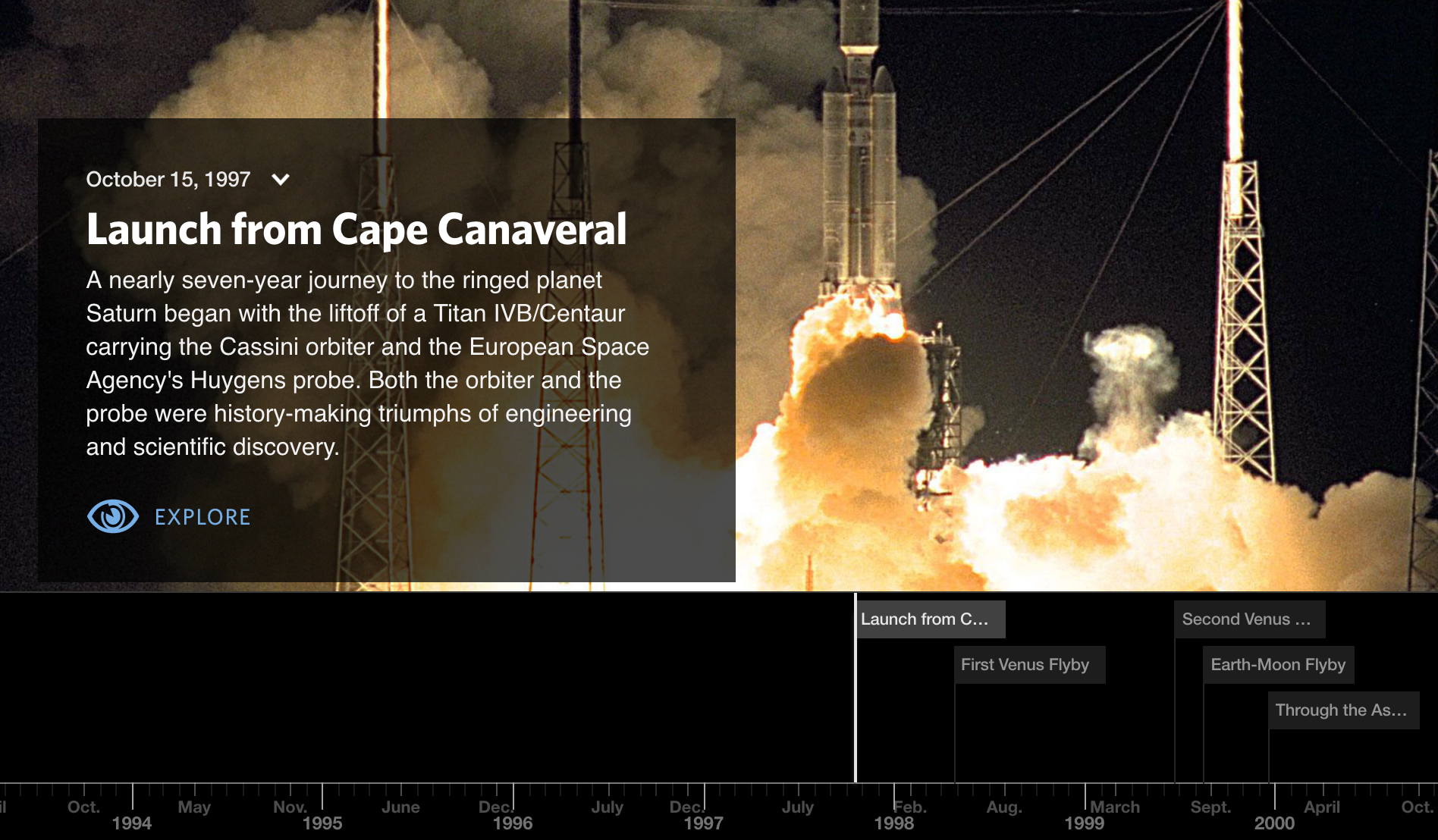 In 1997, the Cassini orbiter started its journey to the ringed planet Saturn.

This week, after an incredible journey, it finally said goodbye.

You can read and follow its entire journey – including some of the STUNNING photography it shared on its way – viaÂ this fantastic timeline website put together by NASA.

Why haven’t you clicked already?

Sidenote: lazy people canÂ use this thread instead.

HOLY GUACAMOLE THERE ARE GOING TO BE A LOT OF THESE THIS WEEK.

THEN HOLD ON TO YOUR HAT, HARRY, WE’RE GOING IN DEEP.Â

WE MADE IT, PEOPLE!

Five things on FridayÂ #233 is in the bag. You may rest your eyes and I will go make coffee.

Have a stellar weekend, y’all.