REMINDER: If you subscribe to the Five things on Friday Email Newsletter, youâ€™re guaranteed to get MORE STUFF than reading it here on My Happy Place. So, y’know – SUBSCRIBE TODAY.

1. A NIGHT IN ATLANTIC CITY

This one is if you’re stuck. Stuck with a problem, stuck with writer’s block, stuck with…something. 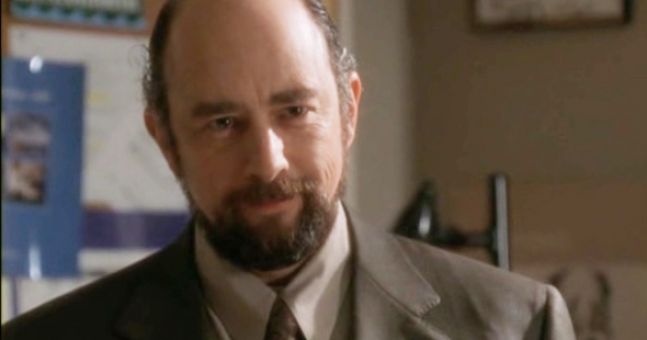 This, from Stray Bullets:

“Iâ€™m stuck. Iâ€™ve got a grab bag of tricks for getting unstuck. They donâ€™t always work. Hereâ€™s one that helps sometimes, and Iâ€™m putting it here because I have a tendency to lose this whenever I need it most. Itâ€™s the script for â€œArctic Radarâ€ the tenth episode of the fourth season of The West Wing, written by Aaron Sorkin. One scene in particular. Hereâ€™s the set-up: Communications Director Toby Ziegler (Richard Schiff) is stuck. In the sort of peppy, verbose meet-cute that Sorkin excels at, Toby swaps speech drafts with prospective speechwriter Will Bailey (Joshua Malina). Thereâ€™s a lot more going on than that (and you can read the whole thing here), but hereâ€™s the bit that Iâ€™m particularly interested in…”

And you’ll have to go and read the rest yourself.

Point being: I read it before headed out on an evening with my friends; I needed a night in Atlantic City.

Stephen Waddington, writing for The Drum:

“A group of activists called Who Targets Me? is calling on the Electoral Commission to apply the same level of transparency that [it] applies in other areas of political campaigning [against those on online].

“Traditionally, when you print a leaflet, there’s a physical copy that’s there for all to see. Online ads vanish without a trace, potentially making them a haven for the dark arts of politics. This project shines a much-needed light on the hidden side of electioneering,” said Dr Seth Thevoz, a political historian at Nuffield College, Oxford University.

Analysing the aggregated data will enable the Who Targets Me? project to determine which demographics are being targeted. It will seek to draw insights from the language that campaigners are using to influence voting behaviour.”

Whether you believe in any of the voting influence stories floating around the news cycle(s)or not, this is important work.

You can find out more at the ‘Who Targets Me?’ website. I’ve installed the Chrome extension. You should too.

Lots of links in the above section.
All of them worth clicking.Â

3. OUR MOTHERS AS WE NEVER SAW THEM

I haven’t seen any old photos of my mum when she was young for a very long time. Next time I visit, I’m going to ask to do just that.

All because of this excellent opinion piece, courtesy of the NYT. 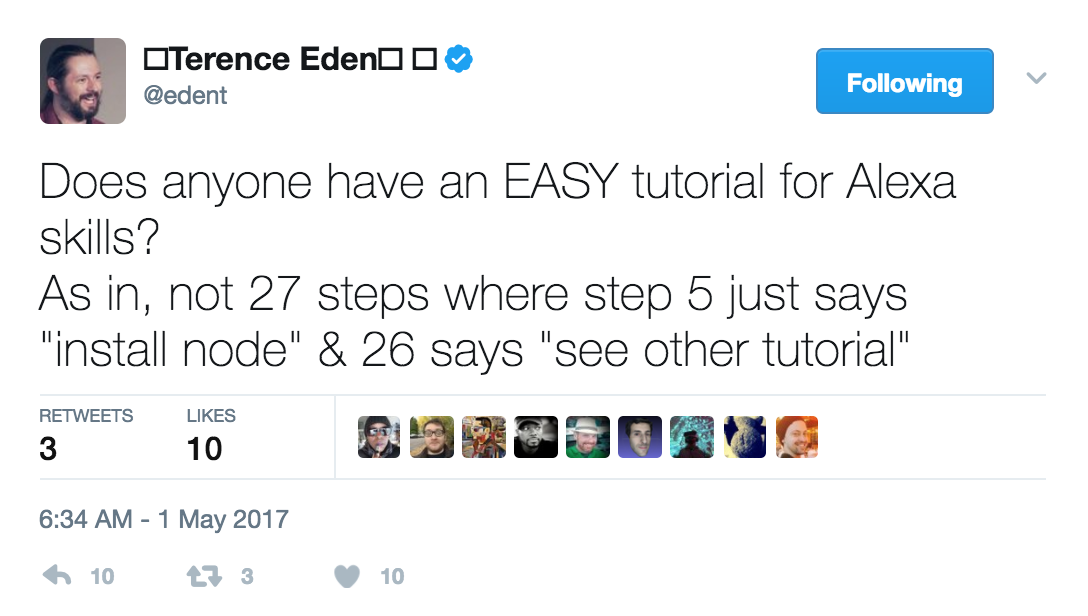 In the same week that I heard a very popular ‘AI’ solution described as ‘an over-complicated spreadsheet’, here’sÂ Terence Eden on excellent form writing about his (eventually successful) attempts at coding his first Alexa skill.

“I kinda thought that Amazon would hear “solar panels” and work out the rest of the query using fancy neural network magic. Nothing could be further from the truth. The developer has to manually code every single possible permutation of the phrase that they expect to hear.

Voice interfaces are the command line. But you don’t get tab-to-complete.allow you to test your code by typing rather than speaking. I spent a frustrating 10 minutes trying to work out why my example code didn’t work. Want to know why? I was typing “favourite” rather than the American spelling. Big Data my shiny metal arse.”

That final sentence is probably the best thing I’ve read all week.

If you’re building an Amazon Alexa skill (or even if you just have a passing interest in what it takes to build your own voice interface) then Terence’s post is worth a look.

This is super interesting. 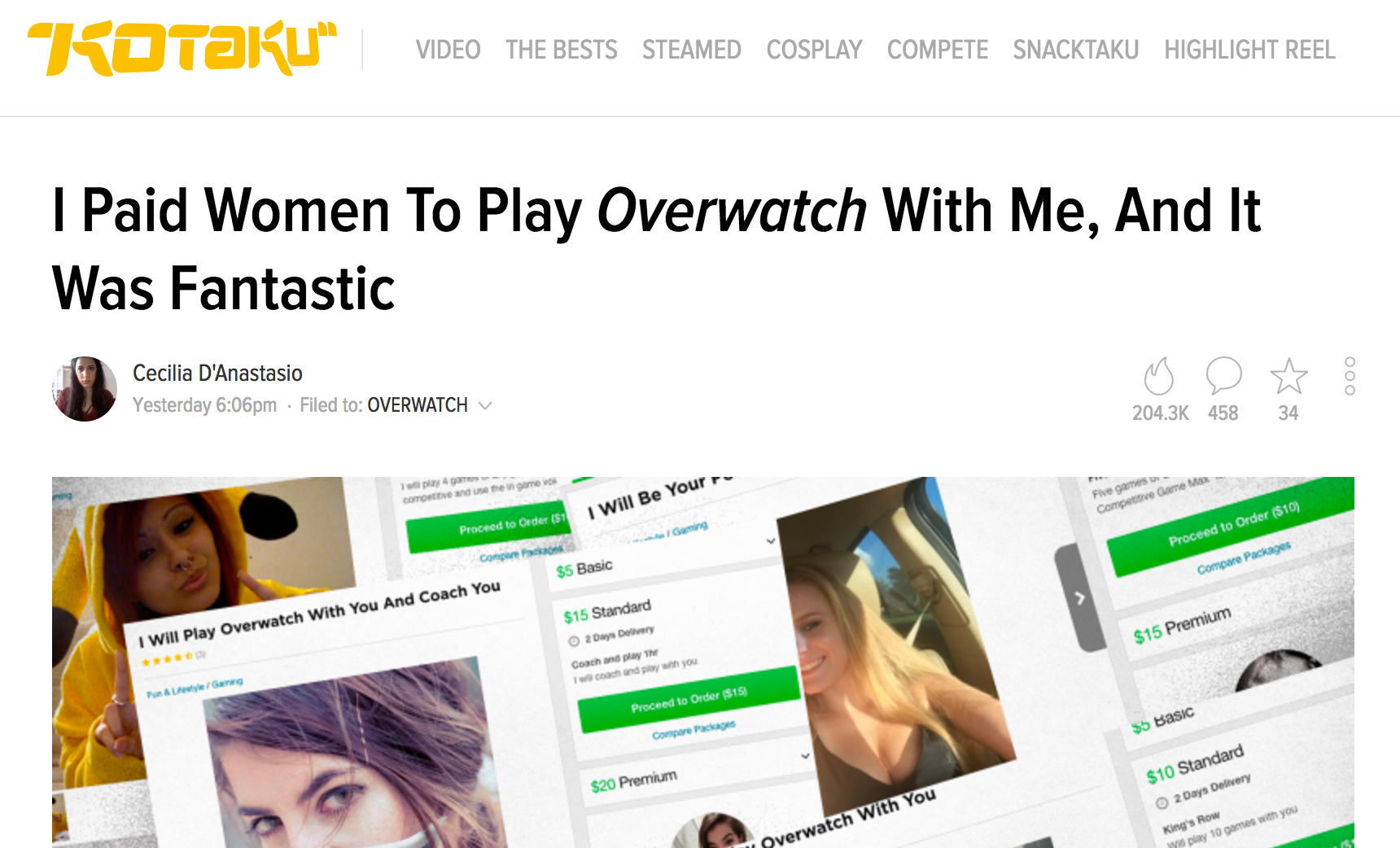 Video games journalist, Cecilia D’Anastasio, paid women to play OVERWATCH with her and by the sounds of it had a really great time.
There a bunch of things worth pointing out here:
Worthwhile reading.
______________________

You should go. And stuff.