Some things for the weekend?

IMPORTANT REMINDER: If you subscribe to the Five things on Friday Email Newsletter, youâ€™re guaranteed to get MORE STUFF than reading it here on My Happy Place. SUBSCRIBE TODAY.

1. JAMES, WHAT PHONE SHOULD I GET?Â 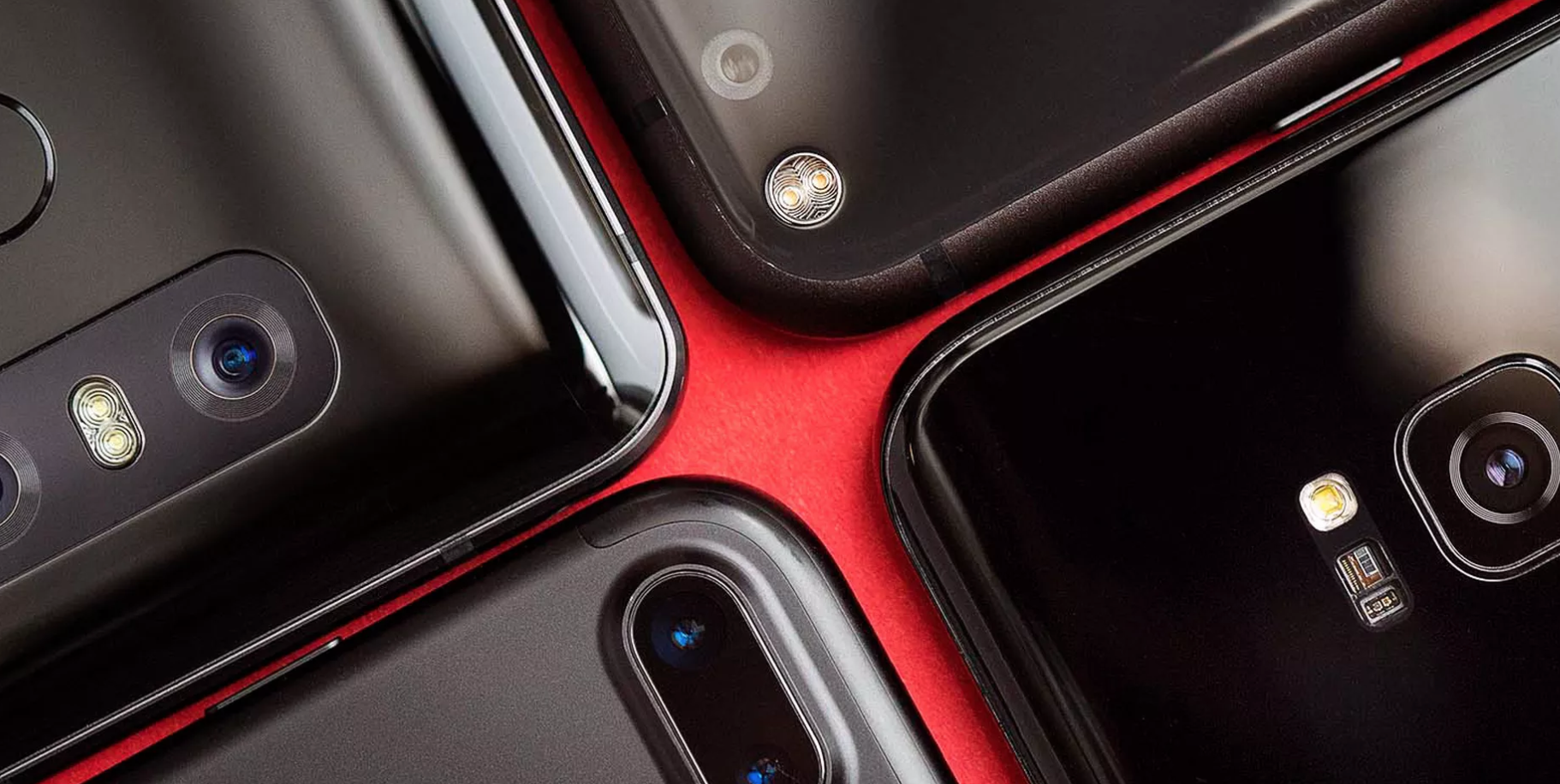 Now, I have to admit, I don’t get this question as often as I used to. Way back in the late noughties when yours truly used to be a big shot mobile blogger (HAHAAHAHAHA) I used to get it all the time. And that was fine. In fact, I welcomed it (the rationale being: there is NO REASON AT ALL for anyone to have a bad phone – like, NONE, at all – so if you didn’t know which one to get or worse, how to get it, then you could just ask an expert / me).

It got so bad/good that I genuinely used to have complete and total strangers call me up and say things like:Â ‘

‘Hi there, we don’t know each other but my friend Sarah said I could just call you and you’d give me mobile phone advice – is that OK?’

The reason why I’m writing about itÂ this week is that I’ve had this question come up a few times over the past month or so and I figured I’d write it all down so youÂ could refer back to it should it come up in conversation.

If I had to go out and buy a phone TODAY, I would go and take a serious look at the:

THE PIXELÂ is a gorgeous phone. I picked one up last year, on launch day, and still swear by it. Not only is it ‘pure’ Google Android but it also comes with free unlimited Google Photos storage for life (for anything uploaded and backed up from the phone). Oh and the camera is AMAZE.

THE SAMSUNG S8 is the newest kid on the block. I literally just played with one and the screen is INCREDIBLE. Sidenote: the man said S8 belonged to did tell me it was his second device already (the phone has been out A WEEK) as he dropped it once and the, admittedly ridiculously, shiny/massive screen smashed to smithereens. That said, if you’re a careful phone user, you should check it out.

THE HUAWEI P10/P9 I like to throw into the mix because I had a P9 on loan for a month or so last year (pre-Pixel, post-Sony-Z5) and it was a fantastic little phone. Dual-camera, Leica lens – it was the right form factor with a frankly brilliant camera to match. The P10 is its successor and for all intents and purposes is equally as good. But, with the P10 being out, the P9 is now a cheaper option. Meaning that if you’re running a slightly lower budget, a decent flagship phone should still be within your grasp.

It should be worth noting that many iPhone-owning friends of mine are making the jump to Android. This recent comparison shoot-outÂ from The Verge (also including the LG G6) has this quote –

“What surprised me the most is how the iPhone now feels a generation behind. It was harder to see last year when we pit the iPhone 7 against the Pixel and the less capable S7. But the S8, along with the Pixel and the G6, illuminates the extent to which Apple has fallen behind.”

First published in 1975, Oblique strategies: Over one hundred worthwhile dilemmasÂ is a deck of 7-by-9cm printed cards in a black box. 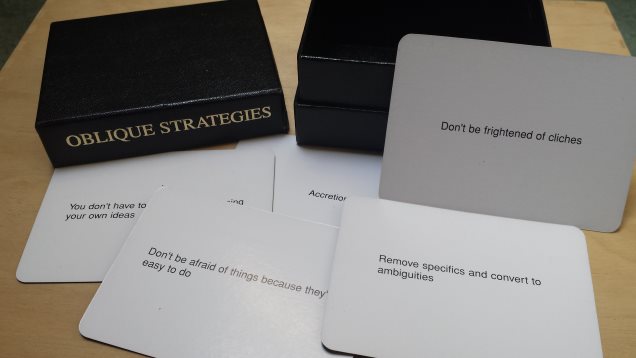 I bought a set a few years ago (not cheap) and I don’t actually know where are right now. Probably on a bookshelf somewhere. I really enjoyed using it (when I knew where it was – I may try and find it at some point) and I actually miss using it.

If you want to use it but don’t want to spend fifty notes on a little black box of potentiallyÂ thought-provoking cards, then you’ll be pleased to know that some bright spark has put them all online.

Go give them a go and see how you get on.

This is one of those things that if you and I had spoken about it a good few years back, I probably would’ve laughed you out of the building. ‘Copyright you say? On a HASHTAG? Are you for real?!’ – but not today. Not anymore. 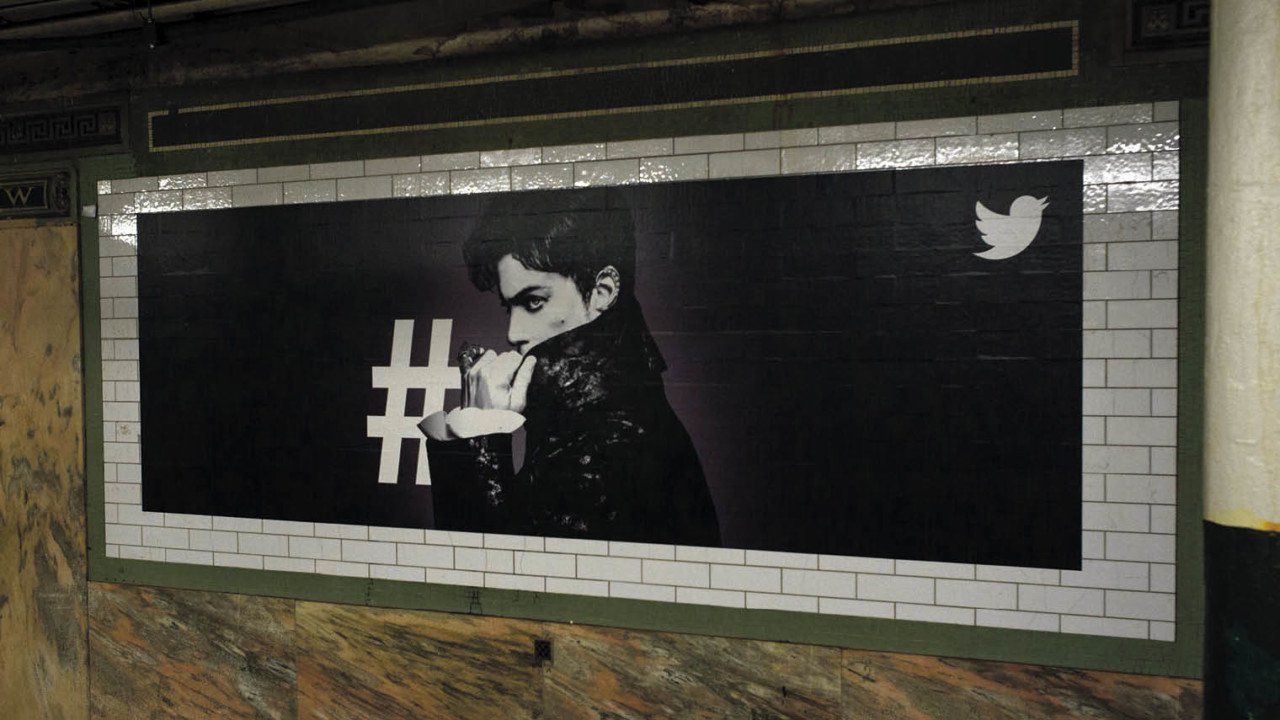 This article – ‘Protecting IP from bloggers and tweeters‘ – digs into some of the details of where and how we got here (eg: the Olympics has a lot to do with it). But also, some of the numbers here are incredible. The article states:

“Research by Thomson Reuters CompuMark showed that 1,398 applications were filed globally during 2015, up from seven inÂ 2010.”

If you work in branding or in/around social and digital – then this article is worth a look. 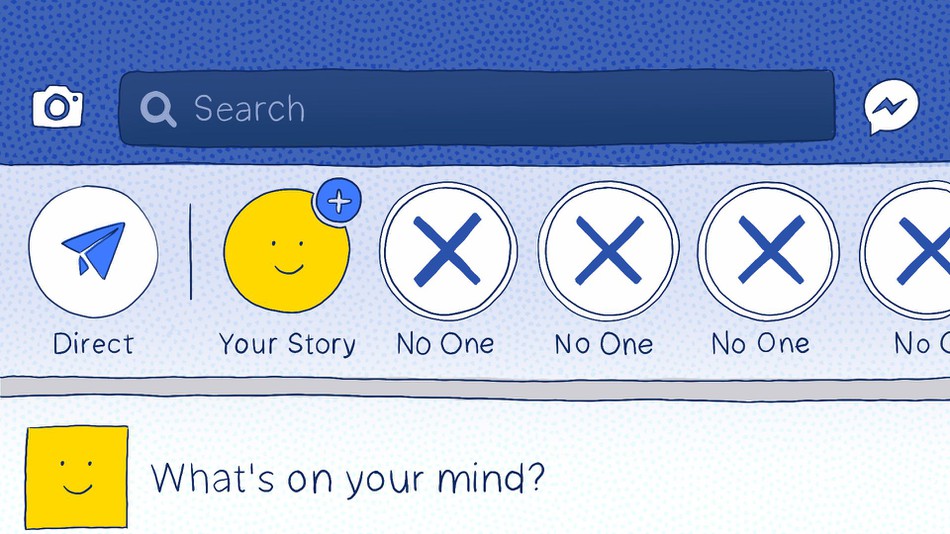 This, from Mashable, is as great as it is unsurprising:

“Facebook is the world’s most successful social network â€” but it shows you an abject failure every time you open its app.

One month in, no one’s using “Stories,” the Snapchat clone that sits on top of your News Feed on the mobile app. Facebook wants this to be the place where you “show friends what you’re up to,” but it’s amounting to bupkis, a worthless void taking up a prime slice of the internet’s most important real estate.”

Every time you open the Facebook app on your phone, taking up a decent finger’s width near the top of the screen is your ‘Stories’ feature. People I know with THOUSANDS of ‘friends’ on Facebook literally stare at a bunch of greyed out faces on this list because literally, no one is using them.

Why? Well, maybe it’s because they’re a generational/demographic thing. Maybe it’s a platform thing (I mean, the Facebook-owned Instagram has more daily users of its Stories feature than Snapchat has users). But, whatever the reason, Facebook Stories just doesn’t seem to be taking off…

How long before we see it disappear? 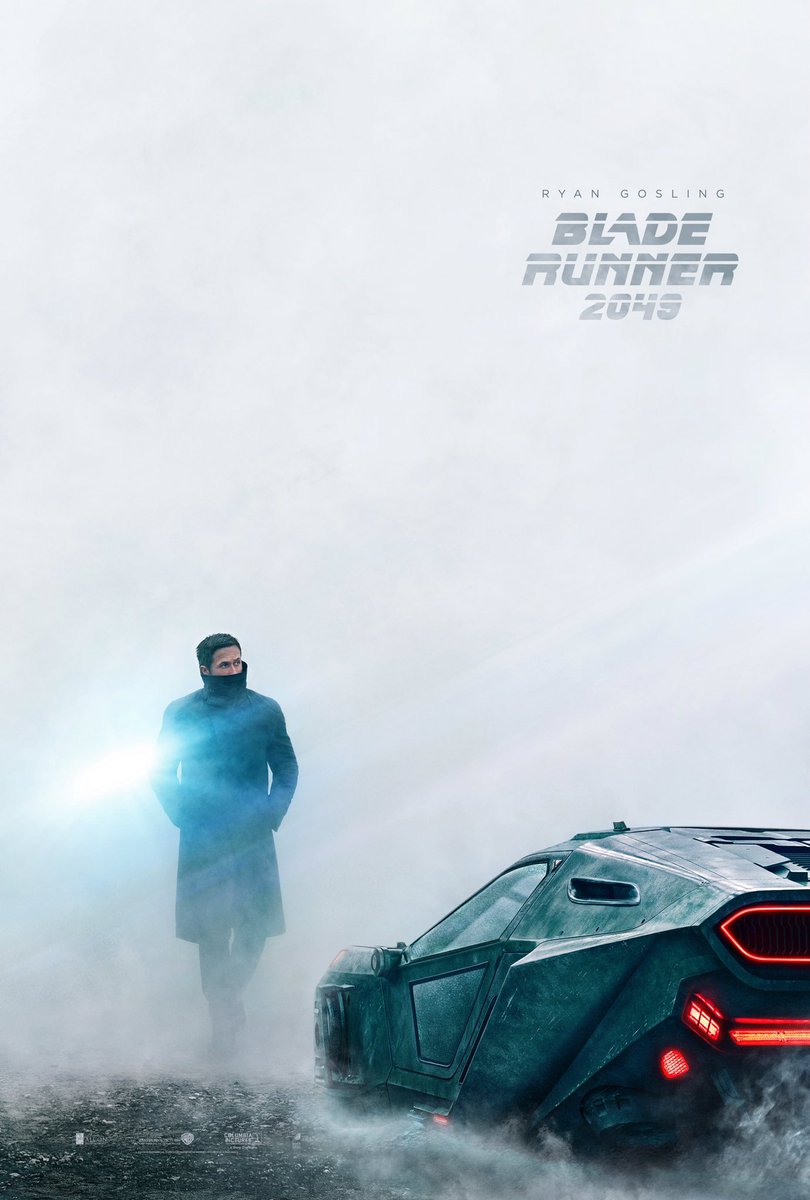 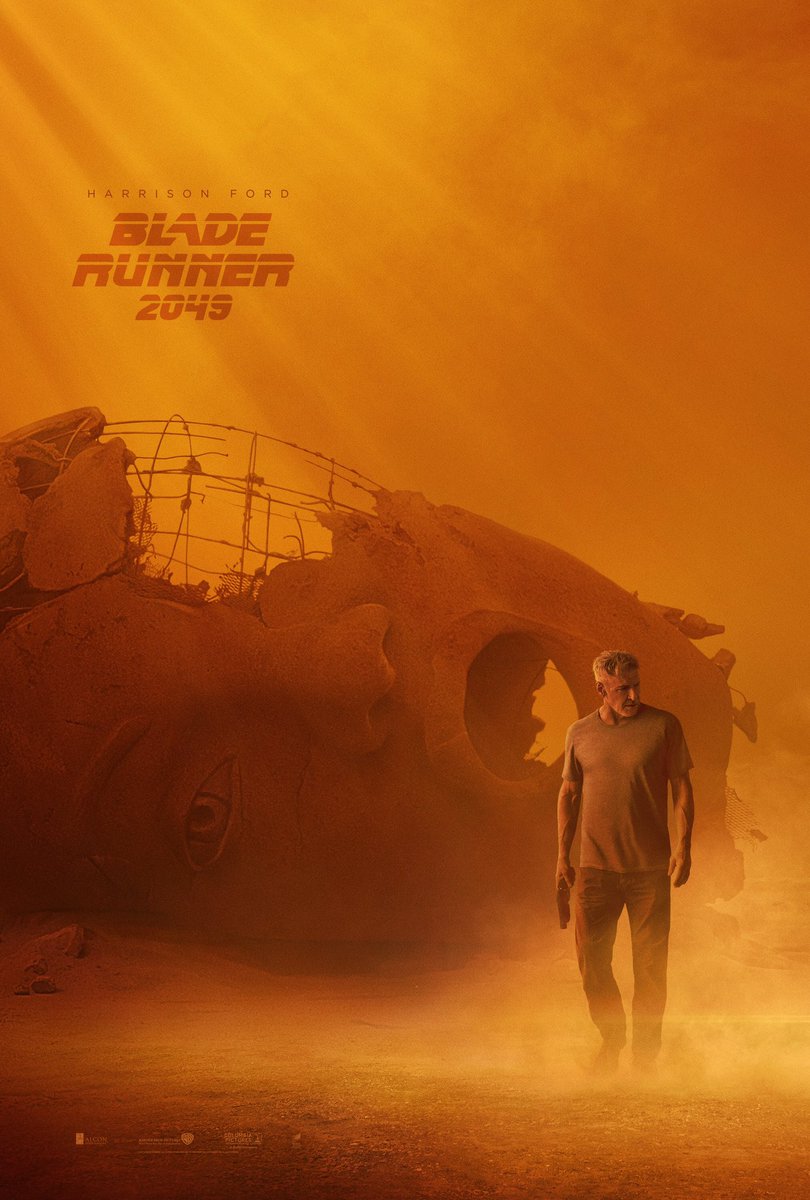 I used to leave three or four bonuses in each week but I think from now on there may be a few more than that because why not.Â

OH! AND ONE LAST ONE BEFORE WE GO TO PRESS!

I caught this on the train this morning. HAIM are slowly coming back with new music. Their latest track ‘RIGHT NOW’ has a fantastic video (directed by Paul Thomas Anderson) and is worth YOUR TIME right now.Â

Thanks for reading, y’all. Hope you have a stellar weekend.