Everyone has their favourite toys from childhood, I was fortunate to have a few. If you remember things like He-Man, Thundercats or Jayce and the Wheeled Warriors – then this tale is for you. 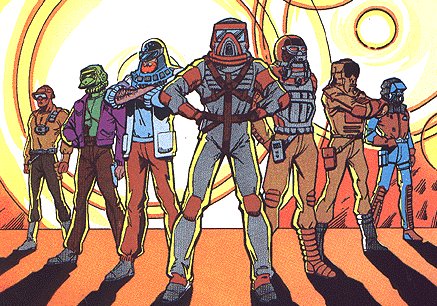 I remember one Christmas morning when I walked down the stairs to find Boulder Hill completely all set up and ready to play with [can you imagine depriving me of an unboxing today?!] -Â  it was brilliant.

Switchblade, Condor, Volcano… the toys were amazing. One in particular, was Bulldog.

Bulldog was an American truck that fell down into a tank-like contraption at the press of a button. After a while (I don’t remember when), the spring loader in the click broke, which basically meant that Bulldog couldn’t return to truck mode.

This video talks you through the general awesomeness of Bulldog. You don’t have to watch it, hell you might even want to just skip it completely. However, the money shot is around 1min in. Y’know, just in case.

To add some background to this story, my father was an extremely talented carpenter and joiner, who owned his own building contracting company. He liked to build things. And as such, so did I. Lego was my thing as a kid, in the main at least, but outside of that you had Zoids.

Zoids were great. A seemingly impossible mixture of prehistoric robotics, each toy came in tiny little pieces that you had to assemble yourself (or in my case, with my dad).

What this all meant was that when Bulldog broke, dad and I set about taking it apart (like a Zoid in reverse) to see what the issue was. The cause: a small dog-leg-shaped piece of plastic that had somehow snapped during playtime. Damn.

A few days later, an eight year old James Whatley wrote a letter to Kenner Parker toys explaining what had happened and asking very nicely if they could possibly send out the replacement part that we needed.

A few weeks later, my mum greeted me from school to tell me that she thought Kenner might have got my letter, as a parcel had been delivered while I was in class – and it had a MASK label on it. We raced home as fast as we could and, sure enough, there it was was: not a small packaged envelope containing the piece we needed, but instead a whole brand new Bulldog. Brand. New.

I still beam when I think about it now.

Two things to take away from that story: