1. Annual Wildlife Photographer of the Year Finalists
There isn’t much I can add to this. The photos are, of course, amazing. These are just a couple of my favourites but the whole set really is worth ten minutes of your time.

2. Cap and Hulk = SCIENCE
Here is a three minute video explaining how the science behind Captain America and the HULK [if they actually existed in the real world].

3. The Phantom of Papua New Guinea
Have you ever heard of The Phantom? No, not that scary fella from the Opera. The purple one, from the jungle. The ghost who walks. The man who cannot die. Him. Once played by Billy Zane in a [terrible] film of the same name.

Yeah, you remember him.

He was in [the frankly awesome] Defenders of the Earth Saturday morning cartoon show, remember?

Apparently – and this is so random – back in the 1960s and 1980s, Mr Purple Pants started appearing on the war shields of the people of New Guinea.

The Wahgi people of Papua New Guinea have long made enormous shields from tree trunks, and have continued to make these shields as a form of ritual artwork. In the late 20th century, many of these Papua New Guinea highlanders began incorporating “new ideas” into their traditional works, so that shields bore emblems of football teams, beer brands, and, yes, the Phantom. Western comic books became widely available in the region after World War II, and the Phantom became a particularly popular character.

I picked this story up from iO9 and they’ve got a huge bank of various images of The Phantom depicted in multiple ways on said shields.

It’s really awesome; I just love the idea that there were these badass warriors walking around with THE PHANTOM on their shields. ‘COME ON THEN! WE’VE GOT THE GHOST THAT WALKS!’ – or something like that.

I know a cyborg. His name is Dan Lane (and it’s his birthday today – happy birthday Dan). His level of human/robot integration is probably higher than others but then again, if you know someone who wears contact lenses; they’re a cyborg too.

Do you know who else is a cyborg? Neil Harbisson. He has an antenna that comes out of his head specifically for turning colours into sounds.

5. Batman photo album
A bit of a superhero-fest this week (sorry not sorry) but I couldn’t not share this.

Last week, someone posted this rather fantastic, 32-image photo set from The Dark Knight.

Specifically focusing on the interrogation scene between The Joker and Batman, the set is interspersed with quotes from an interview with Christopher Nolan discussing the work and effort that went into the scene, both from the actors therein and also the director of photography, Wally Pfister.

See you next week.

Thanks to Stephen for this –

1. Retro Film Posters
I’m such a sucker for this kind of stuff. The Jaws one above is super-subtle but there’s a Die Hard one which rocks my face off and an Iron Giant one that makes my heart leap. Go look, and enjoy.

2. The Circle of Life
This National Geographic video of a jaguar taking out a crocodile has done the rounds a lot (so much so that by the time I saw it it was already an animated gif) but still, it’s so badass you just have to watch it again.

There aren’t that many social media blogs that I read regularly, let alone recommend. However Eat Sleep Social is one of the better ones I’ve come across. I do read it regularly and look at that, here I am recommending you do the same. Amazing.

4. Batman vs Terminator
This is cool.

5. Life Improvement: Five Simple Emails
Every now and then, one of these ‘Improve your life in five easy steps!’ things actually makes sense. This is one of those times. Read it, and then do the hard part – make it happen.

These guys could be the five things on their own, bless ’em. But they’re not. They’re just here because I think they’re darn cool. Right, let’s do this –

1. Lessons from a dog

There are a bunch of these over on My Modern Met, but this one above is by far and away my favourite. I guess we can all learn lessons from a dog.

2. How Broadway has changedÂ
Alec Baldwin has a semi-regular column over on the Huffington Post and he is, in my opinion, one of the smartest and sharpest writers I’ve read in a long time, and a huge advocate for the arts. Yes he can be an offensive loose cannon but, from time to time, I enjoy him. You might too. This piece from last year, on why and how Broadway has changed so much is a great case in point:

A critic’s job is to evaluate two things: what you are attempting to do and how close do you come to pulling it off. Highbrow, lowbrow, Shakespeare, Williams, movies likeÂ The Hangover, movies likeÂ Lincoln, they all deserve the same fate. If it’s trash, then call it. But is it good trash or is the bar too low? Then call it. Is the piece ambitious and groundbreaking? Factor that in. But never say “why bother?’

3. The man who hugs LIONS
This video, from those epic makers and takers, GoPro, was published in November last year but for some reason only started to get popular over the past week or so. If you’ve not seen it, it features Kevin Richardson – aka ‘The Lion Whisperer’ and… y’know what? Just hit play and see if you don’t end up watching the whole thing. It’s incredible viewing.

If you want to find out more about this work, or make a donation to help preserve the habitat for the animals in this video, you can at Kevin’s Lion Whisperer website. Give a little, it helps a lot.

Found via ‘10 street art images you need to see‘ – to me, the above is just so pure; the colour, the stance, the casuality of it all. It’s just perfect. Weirdly, it reminds of this punk girl I used to date back in college. I wonder where she is now.

5. DOOMED
The story behind the it-was-so-bad-it-was-never-released(-but-wait-that-was-the-plan-all-along) 1994 version of THE FANTASTIC FOUR, is looking for support to help tell get the documentary put together.

1. Worlds above the clouds
The above image is taken from a gorgeous photoset entitled ‘Magical Worlds Exist Just Above the Clouds’. And the whole set made me smile. So I hope you like it.

2. Batman 16
I’m behind a bit on Batman at the moment, but it has to be said – this latest cover is CREEPY AS HELL, and hella awesome for it.

3. Piano
Bonus friend action this week with a surprise visit by two buddies from overseas, Rob Keyes from Screenrant and Ryan Penagos from Marvel. They were over doing some TOP SECRET reporting on [REDACTED] and I went and met them (and Ryan’s awesome colleague Marc) for a good few beers at the end of their day.

Man I forgot how good that place is. You should go.

4. The Lumia 920 on AT&T
I really really like this ad. Not because it’s AT&T and not really because it’s the first TVC for the Nokia 920 either. I just think, for a 30 second spot, it tells a story of our time in an excellent fashion. So, yeah –

And finally, my favourite speaker of the day was Pat Cadigan. Pat told a wonderful story about how the times in her life when she had nearly died. It was brilliant, captivating and just… delightful.

“Children are magical… Where do all the mediocre adults come from?”

– The wrong election date is on some Spanish-language voting forms

– Ghostbusters 3 has finally been given the green light, here’s the timeline

– Italy’s most famous drowned town (is there a top ten?)

Ever wondered where Batman’s villains get their outfits?

Spotted this yesterday and it’s just awesome. A chap over on deviantart *drew this on his holiday* after asking himself that very same question.

It’s a fantastic premise and a brilliant execution.

I’ve snapped a few of the images, but you must must must read the whole thing.

And it’s about time I posted it all really.

1. Awesome Bat Converse (for me) As spotted at the Converse store on Carnaby St. 6. Yeah, this is my Tumbler Yeah, I know. OK, so that last batch was from The Dark Knight Rises premiere… and yeah, it was pretty damn cool.

January 19th 2011.Â That was the day I first wrote the words ‘Nokia Maps: 3D Gotham City’ in my Moleskine — Then on July 6th, it went live. 18mths of hard work from a multitude of super-smart people and the dream became real. It still makes me smile.

8. Hanging out on the Batman set

The above image is taken form Batman Begins. It was shot on the grand staircase at the GORGEOUS St Pancras Renaissance Hotel… and here’s the GF hanging out on said staircase. Ps. You HAVE to stay at this hotel. It’s one of the best, if not THE BEST that London has to offer.

Big up toÂ MichaelÂ for putting me onto this. The photo above is great, but the rest of the set is awesome.

This is just one of many amazing TDKR wallpapers that are available to download. iO9 has the set.
Go, get!

11. Dark Knight Rises Reactions
I wrote a spoiler-free review of TDKR straight after seeing the premiere, but the film itself sparked a whole ton of various reactions, eclipsing even those inspired by PROMETHEUS.

To my mind, Comics Alliance posted the best collection of TDKR reactions to date. Seriously. My note on this one said — ‘Best post ever (may save back for a bat-post of some kind)’

12. Batman Maybe
A Batman-inspired version of Call Me Maybe? SIGN. ME. UP.

There are no words. No Batman-stache.Â

“I donâ€™t think they are making them an elevated art form. I think itâ€™s still Batman running around in a stupid capeâ€¦ [A] superhero movie, by definition, you know, itâ€™s comic book. Itâ€™s for kids. Itâ€™s adolescent in its core. That has always been its appeal, and I think people who are saying, you know, â€œDark Knight Risesâ€ is, you know, supreme cinema art,â€ I donâ€™t think they know what the f**k theyâ€™re talking about.”

A quite franklyÂ beautiful photograph, used to help tee up the Batmobile Documentary.. Amaze.

I love this so hard 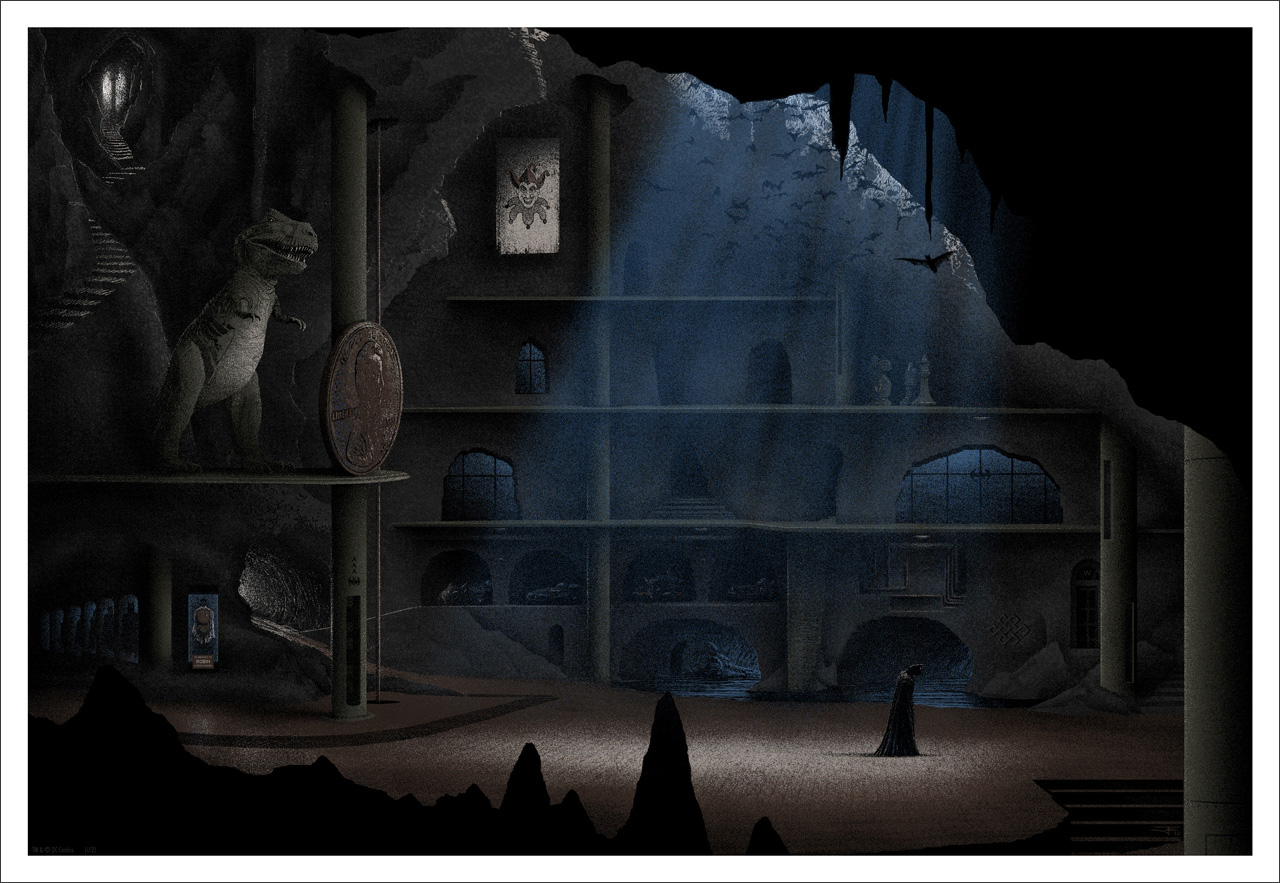 The mood (and detail) of this is fantastic. Good job.

Liked that? Tell your friends with the buttons below —