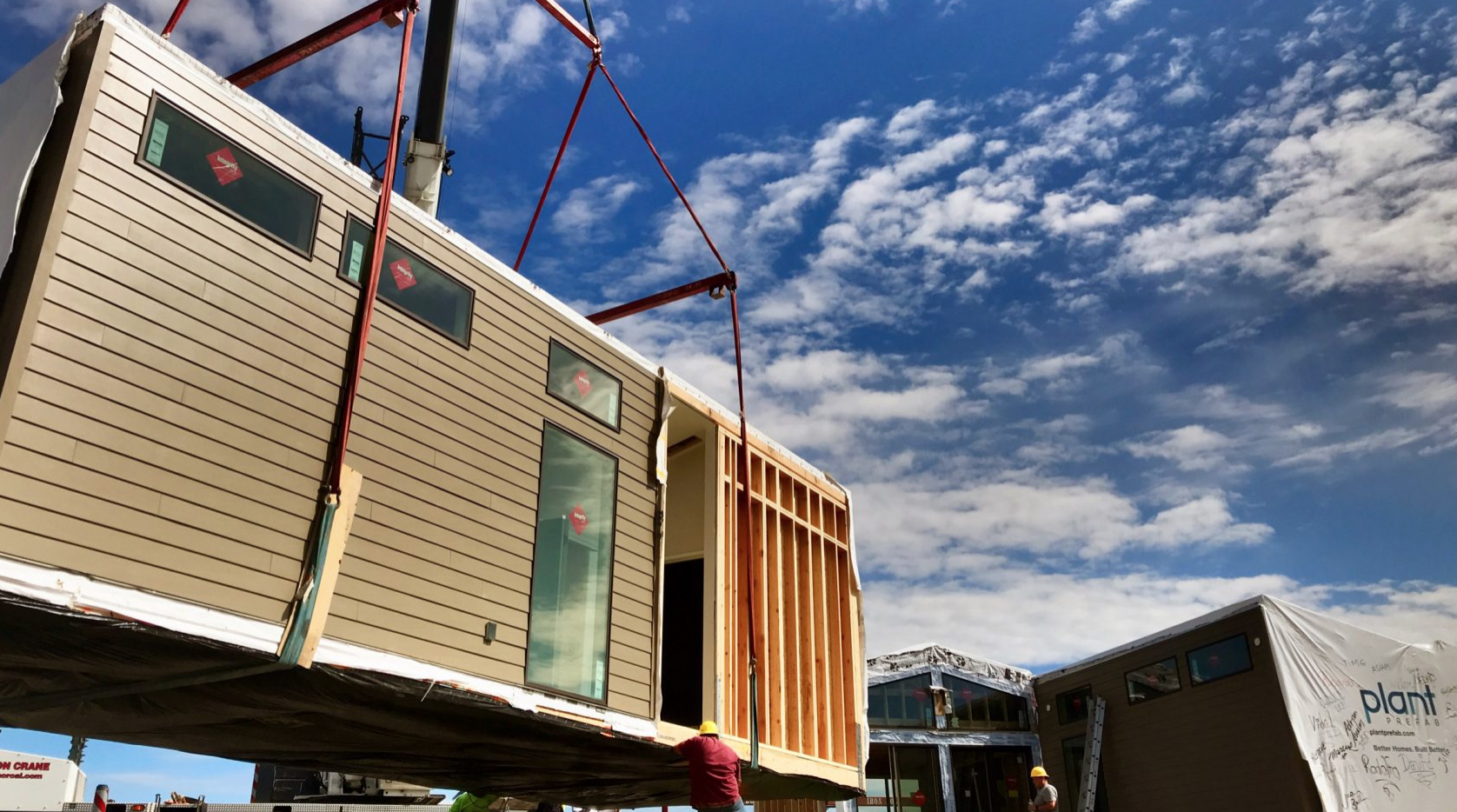 Here’s a thing: about ten days ago, it was announced that Amazon – specifically Amazon’s Alexa Fund – had invested in a Californian home design and prefab housing company, Plant Prefab.

THIS IS REALLY INTERESTING (h/t Caroline).

I’ve long held the belief that home assistants won’t truly be ‘here’ until they come embedded in the home. Literally. Smart speakers are great – as are the myriad of products and services they plug in to – but until all those different touchpoints are completely in sync, eg: baked into the very walls of your home, then ultimately you’re just buying tech after tech after tech in the hope that it will eventually marry all together on its own.

Amazon making this kind of move (and I fully expect Google to start looking at something similar in the near future; (see Google Fiber for early attempts in a similar space)) marks a move that is probably well overdue but completely in-line the the Bezos strategy for consumerism in the future. Alexa everywhere. Plugged into your door, your fridge, your home, and even your damn microwave*.

Most tech takes, on average 20-30yrs before it becomes completely embedded in the modern world. Smart-homes are no different. If anything, it may well be longer – given the size of the purchase. One thing is for certain, your children’s children will be buying these. I just hope they manage to avoid the nightmare as visualised from the opener of Season 2 of Mr Robot (4mins 24seconds – this is brilliant).

As I said, it’s really interesting and very much a sign of things to come.

*Did you see the Alexa Microwave? It’s actually a thing. I may have linked to it a week or so ago. And somthing has been bugging me about it since:  I donâ€™t get it. I still donâ€™t get it. Itâ€™s been a few weeks since they announced it and Iâ€™ve been thinking about Voice a lot of late and I STILL DONâ€™T GET IT. Obvious accessibility benefits aside, IF YOU HAVE TO GO TO THE MICROWAVE TO PUT THE FOOD IN, YOU MAY AS WELL PUSH THE BUTTON ONCE/TWICE WHICH IS INFINITELY FASTER THAN SAYING â€˜ALEXA, PLEASE TURN ON THE MICROWAVE FOR 3MINSâ€™. I donâ€™t get it. That is all. BLERGH.

I’m just here for the poster. 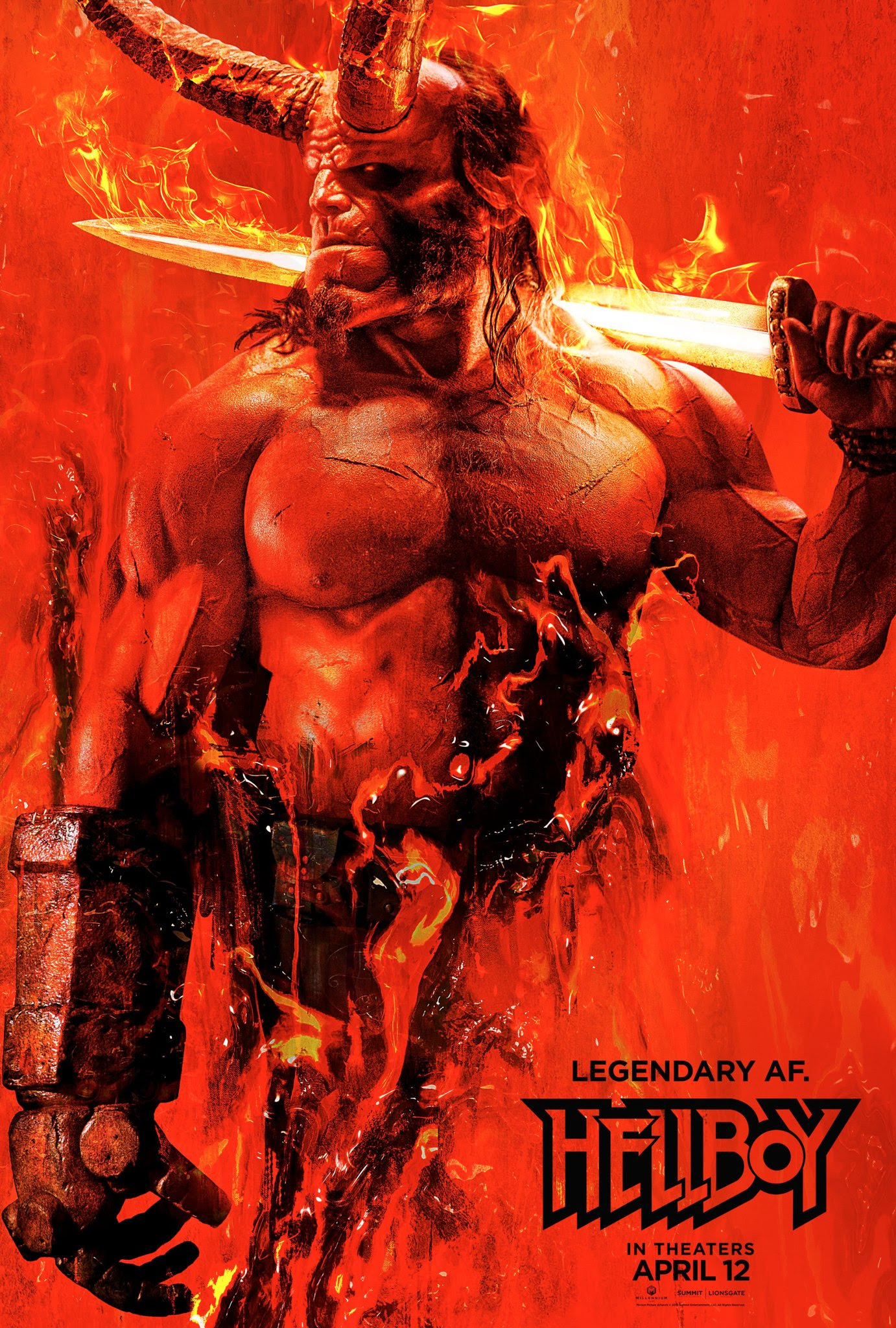 3. I AM LATE TO THE KILLING EVE PARTY BUT I DON’T CARE

You’re one of three people reading this.

1. ‘James, where the HELL have you BEEN? Killing Eve has been out for AGES and I can’t believe you’ve taken SO LONG to get involved! Welcome! Isn’t it FANTASTIC?’

2. ‘UGH. JAMES! Another person telling me to watch this show! It’s on ‘the list’, OK? I just haven’t got around to watching it yet and hey, you know what, on your insistence, maybe I’ll start it tonight.’

People 1. I know, I know. I should’ve gotten to it earlier.

I’m a huge Pheobe Waller-Bridge fan ever since I saw her in SIXTY-SIX BOOKS way back in 2011. I then saw her again in 2013 when FLEABAG was a one-woman show at the Edinburgh Fringe (show 18 in that list). AND THEN AGAIN when FLEABAG become a killer BBC comedy (not seen that either? watch it). PWB wrote KILLING EVE and it shows. It is phenomenally good. Psychopath killer kills people. MI5 agent spots a pattern. Cat and mouse – AND BLACKEST BLACK OF ALL BLACK HUMOUR – ensues.

Watch it with your eyes.

4. SOME UNPUBLISHED WRITING, PART ONE (OF MAYBE TWO BUT DEFINITELY NOT THREE)

Over the past couple of months, I’ve written responses to three separate writing/commentary briefs. One is definitely being published (next week, and I’ll yell about it here), two is currently in the ether (it might get used, it might not), and three… well about 10% of the Q&A got used.

I liked that other 90%, so I thought I’d reproduce the whole thing here because why not.

Why is gaming set to be the new vanguard of sports sponsorship and brand experience?
There are two main drivers. First, and most obviously, thereâ€™s the explosion of eSports as a multi-million-dollar industry â€“ globally. With an audience of over 300m players/viewers worldwide, and projected revenue for 2018 expected to hit close to a billion dollars â€“ it is inarguable that eSports has arrived.
The second and probably the most important part of the equation is that game developers are now opening themselves to brand partnerships. Itâ€™s been a long time coming, first with in-game advertising in racing games for example, and now â€“ with the advent of micro-transactions â€“ in-game purchases are another way for companies to get their brands in front of the avid gamers of today.

What benefits are there of combining the gaming sector with live events / as well as virtual event experiences?
For the gaming sector, live events, virtual or otherwise, are its lifeblood. League of Legends tournaments sell out STADIUMS of attendees. With an online audience that grows well above seven figures, if gamers are a brandâ€™s target, then looking to see how to get involved with these kinds of events would be an obvious choice.

How about in-game advertising and influencer marketing, what does this bring to brand experiences?
From an influence standpoint, professional players are where you can make an impact. Broadcasting their gameplay via Twitch or YouTube Gaming (and soon â€“ Facebook), these â€˜streamersâ€™ have an attentive avid audience and fanbase stretching into the hundreds of thousands. If you can make the partnership fit â€“ and by that I mean not come across as a clunky, ham-fisted money spunk, then the dividends you reap could be well worth the investment. From an in-game advertising perspective, Iâ€™d probably look past that and see if there was any way to brand any in-game items that could be unlocked or purchased using microtransactions. That could be something like Rockstar Energy drinks giving away free in-game items with every ring pull for Destiny 2 or even Mercedes popping up as an unlockable vehicle in Mario Kart.

Is football the obvious sport at the moment and why and what other sports could seize this gaming opportunity?
As a huge gamer myself, I have to say Football is far too obvious â€“ and easy. Iâ€™d look further. The traditional â€˜sportsâ€™ that we all know â€“ they exist for gamers, yes. But DOTA, SFII, Super Smash Bros., Fortnite, League of Legends, PUBGâ€¦ these are the games that people tune in to watch. Not FIFA.

Tune in next week for more: STUFF THAT DIDN’T GET USED.
(apart from the first one, that definitely is, and it’s a huge deal, and I’m super excited – you know which one, Iain)

Mental Health Awareness week for the UK was back in May. For the US, it starts tomorrow. I feel now as I felt back then. And if you need to talk, you can hit reply to this email or DM me on Twitter. I’ve had my fair share of ups and downs – (long-time readers will know).

If you’re one of the 3-in-4 people that won’t suffer problems with your mental health then maybe this new ad from Time to Change is for you.

If a mate says they’re fine and you think they might not be, ask twice.

(full disclosure: I didn’t work on it but it IS from Ogilvy London (and I really like it))