Did you catch this announcement last week?

Snap Originals will encompass Snapchatâ€™s existing original shows, like political news series â€œGood Luck America,â€ as well as a new slate of scripted and documentary series that will begin to premiere on Snapchat on Oct. 10 and mark the platformâ€™s entry into TV-like programming.”

I read that and I think a couple of things.

Snap created Snapchat Stories. It was a huge success. Facebook lifts the feature wholesale first into Instagram, then into everything else – and makes it bigger.

Facebook launches IGTV. It doesn’t seem to be a huge success. Snapchat copies it. And… makes it smaller? I don’t know. I remain unconvinced on long-form portrait content. But then again, from the same article:

“At the same time as Snapchat has seen its daily audience shrink â€” losing 3 million daily users in the second quarter of 2018 â€” its made-for-Snapchat shows have sustained regular viewerships. Half of the audience for two of Snapchatâ€™s existing shows â€” NBCâ€™s news show â€œStay Tunedâ€ and ESPNâ€™s â€œSportsCenterâ€ â€” tune in at least three times a week, said Sean Mills, head of original content at Snapchatâ€™s parent company, Snap. Now Snapchat is looking to give people more reasons to check Snapchat more often by premiering episodic series that are designed to be watched on a recurring basis.”

Ignoring the DAU number drop (!!!), the episodic retention numbers aren’t bad at all.

And with a view to start selling six second unskippable ads against that content (also mentioned in the article), you can see how this might work for Snap. Might.

Is it something I’m going to be recommending to clients? Probably not. But then again I’m equally as bullish about IGTV’s lack of impact. Portrait long-form? Not a thing. I’ll gladly admit to being wrong when it is. But right now? There are better uses for your advertising dollar. 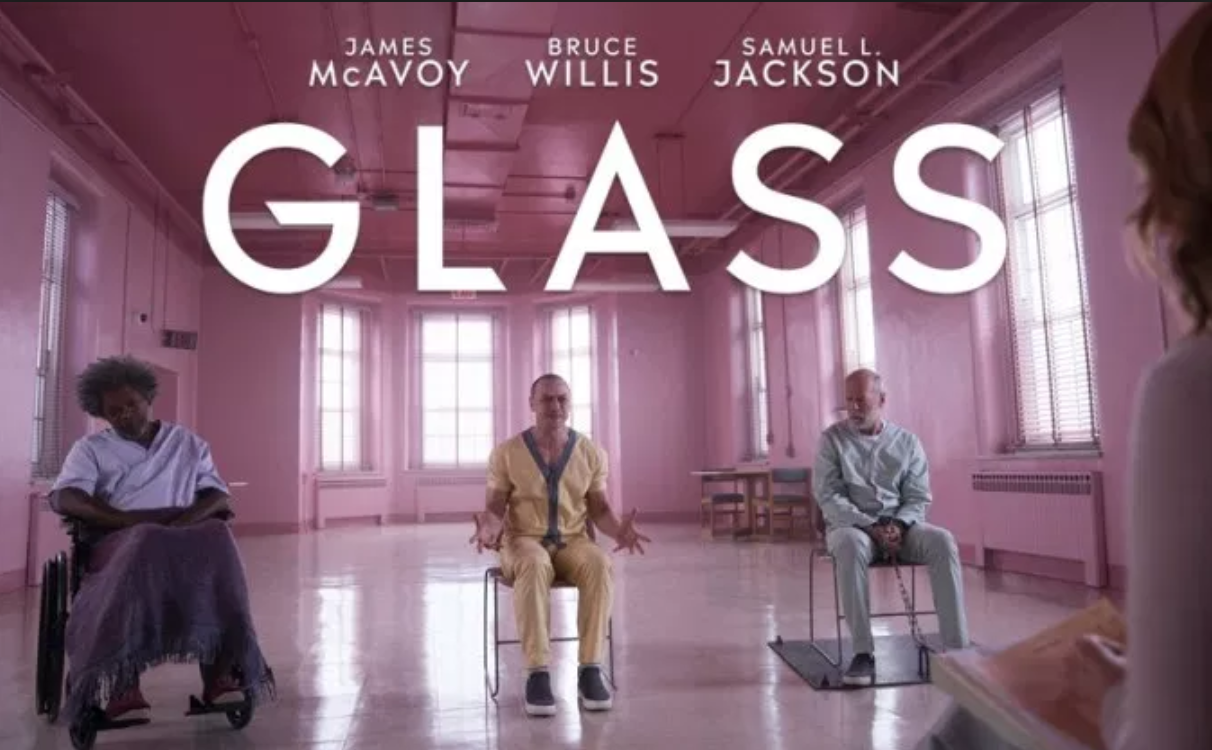 There’s a new trailer and it looks ace and I want to see it right now please thank you very much.

I’m going to guess that you’ve already seen UNBREAKABLE (if you haven’t, fix that). The one that people missed, and criminally underrated, is another film called SPLIT. James McAvoy is (and IS AMAZING) in it and it’s worth a watch. GLASS is a little bit of a spoiler for the end of the movie but still, watch SPLIT…

And then get excited about GLASS.

This, from HuffPost’s ‘Highline’, is a provocative look at the attitudinal and societal structures in place that go out of their way to deny support to the obesity epidemic.

Read it and rethink.

Also: the photography is fantastic.

Back in July, a rather lovely man named Iain Bundred (a recent FTOF subscriber and avid reader) asked me if I would like to contribute to the next joint WPP + Government Communications Services (GCS) digital communications report.

TL;DR – I said yes, and we published this week. Hurrah! You can find the full report over on the GCS.GOV website and, having written one chapter (voice) and helped build out another (ethics), as well as occasionally advise on the thing as a whole, I am immensely proud of it. Go see.

If you’ve never heard of GCS, it’s basically a professional body that is set up to support any and all people working in communications roles across UK government. These kinds of documents are put together to both offer a level-setter on what is happening now and what is to come in the future – and of course, how you might prepare for that.

Iain and I travelled up to Birmingham last week to help launch the document at the Public Sector Communications Academy. It was a big deal! And pretty awesome to be there and present my trend in person.

One of the things I really love about my job is the whole responding to a client brief, thing. It’s the main thrust of what I do. It requires research, noodling, and fundamentally, a lot of writing. And I love writing. Writing something like this, something that could have broad-reaching practical application in governmental departments across the country reminds me of why I love what I do. So yeah. I did that and I like it.

PS. Last week I shared some words about esports that I’d written (but didn’t get used). There were a few other bits in the pipeline that may or may not have been used too. I followed up on them and two will be landing before the end of year (so I’m told). So expect those at some point. This, the section above, is the one I mentioned that was definitely coming. So for those of you keeping track, you can tick that one off now 😉

5. THE BATTLE FOR THE HOME

I’m doing a ton of reading and research around Voice at the moment. Home assistants and their ilk will feature in some way or form come the next Ogilvy Trends doc (see #OgilvyTrends2019 for progress – right now, it’s just all drafts).

This piece ‘The Battle for the Home‘ is a great primer of the scene as it is today, including all the most recent announcements (including Facebook’s laughable Portal offering).

Want to get up to speed? This is the article to read.