You can see why.

Sometimes, when you work on big global brands (or sometimes small ones), you sometimes set the tone of the workÂ globally. Your agency creates a campaign, it gets bought, and then, via often some godawful/painful asset-sharing experient, you create a ‘toolkit’ that the local markets can draw down on, localise, and use to their heart’s content (within the strict campaign guidelines that they all received as part of said toolkit). Some animals like to call this ‘think globally, act locally’ – better yet, if you’re in THE BAD PLACE, they might call it ‘Globalization’. If you’ve heardÂ this word before, you can come out now – the bad people have gone. If you’ve never heard the word before, then just be glad that this stuff never reaches your eyes and ears. For some of us, it’s a daily routine.

SOMETIMES though, SOMETIMES you’re just told to make a local version of the master ad. And by ‘master’Â that normally means ‘U.S.’.

‘Here’s the US ad, please go and make a local-market version’

‘What? Exactly the same?’

‘But what if the cultural references don’t match up?’

Hell has a new name. That hell is ‘Because I can’.

I’ll be over here, crying into my fizzy water.

PS. I know IÂ talked about this last week but this week the UK version hit and – OH MY GOD MY EYES.Â

‘Journalists will go far for a story and theyâ€™ll go far for a drinkâ€”but would they buy a bar? In Chicago, thatâ€™s exactly what a newspaper did. An oral history of an incredible experiment.’

– The Story Behind the Chicago Newspaper That bought a Bar

4. TEENAGE BROTHERS ON SEX, SOCIAL MEDIA, AND WHAT WHAT THEIR PARENTS DON’T UNDERSTANDÂ

Two brothers, 14 and 16, sit down to discuss the above and more.

One of the best things in the newsletter this week.

‘If you donâ€™t consciously choose how to allocate your attention, it will be allocated for you, by entities whose objectives are not your own.’ 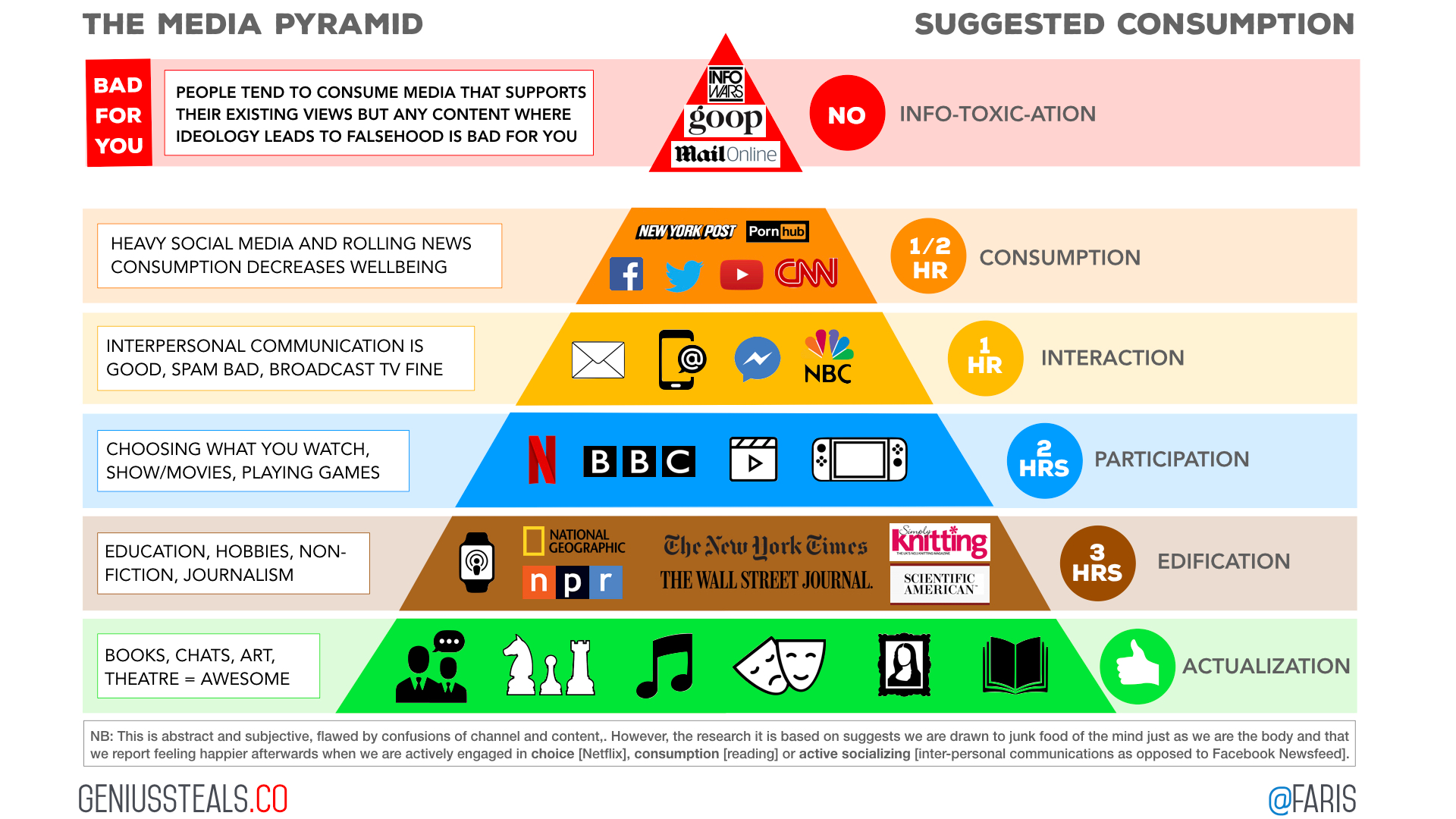 This has been kicking around a lot in my feed this week – so you may haveÂ already seen it. That said, it is a worthwhile and provocative read.

Recently I’ve been spending a lot of time thinking about ‘choice’ – and how privilege (white, male, status, power, class and more), plays into that.

Eg: What is the point in discussing ‘the future of brands’ if we’re only really talking about the people that earn enough whereby this is an actual ‘decision’ (ha!) that they make?

What is the point of spending your Saturday night slagging off brands on Twitter if, for the literal millions of people that live and work outside your bubble, this seen as great entertainment? ‘Oh, people must hate this becauseÂ it’s SOOOOO obvious’ etc. Ugh.

What is the point of discussing media choice when for some, they don’t even know they have a choice?

That challenging thinking is a privilege?

Anyway – the image and quote above are from the excellent ‘How to Balance Your Media Diet‘, by Faris Yakob. Read it.

Last thing: a fortnight ago or so I managed to accidentally talk myself into going to San Francisco for a week. That’s on Tuesday (via an overnight in Barcelona). I’m not back on UK soil until a week on Tuesday (21st).

I have no idea if FToF will make it out next week. If it does make it, expect a US-flavour. If it doesn’t, then I’ll see you all in a fortnight.