We have a CSR platform at Ogilvy called ‘Many Ogilvy Hands’. Every year multiple groups of Ogilvy employees headÂ off to a country to try and help make a difference. A new cause is chosen every five years or so and this year, a total of a 12 or so Ogilvy folk will be headed off to Nepal to help rebuild the community centresÂ that were destroyed in the 2015 earthquake in that region (this write up is from last year’s trip).

To qualify for a place, each individual who goes has to raise a certain amount of money for the cause at hand. Cue: myriad bake sales, pub quizzes, and a whole host of other fundraisers that the smart ones can think of to help hit those targets.

#OgilvyUnplugged was one of those such events. 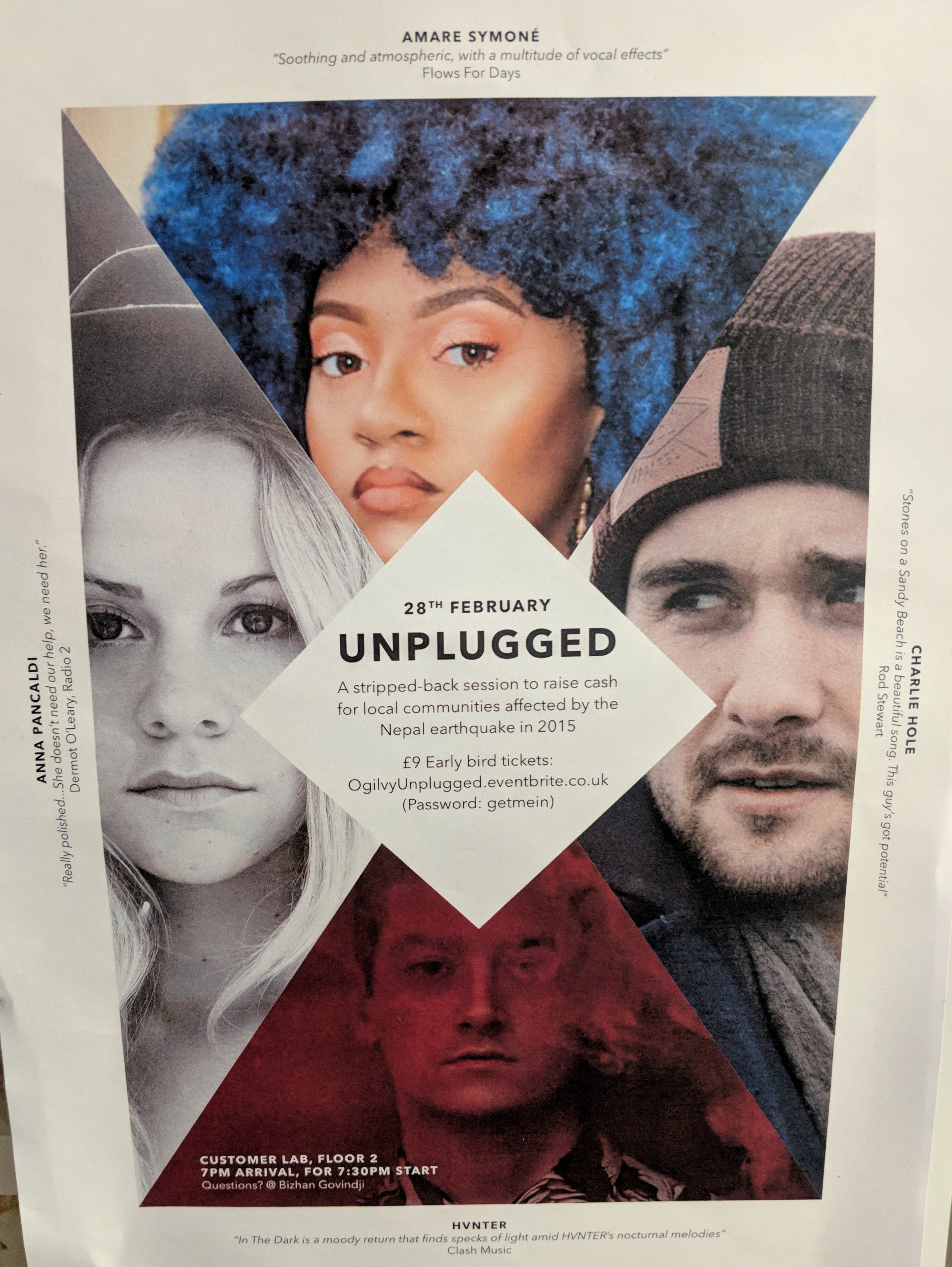 And I think I can comfortably say it’s probably the best Many Ogilvy Hands fundraiser I’ve ever been to. Don’t get me wrong, I love a pub quiz (and will probably go to another Ogilvy one at some point next week) but for sheer brilliance of talent and organisation (the gig was held in probably the most soulless meeting room we have in the entire building and yet it didn’t feel that way for the night – an astonishing feat in itself), #OgilvyUnplugged nailed it.

The reason why I’m sharing this here isn’t thatÂ I just like wanging on about how great the people who work at Ogilvy are (they are though), or that I want you to donate more money to the cause (that would be nice, mind) but instead simply because I want to share the music of the four amazing artists that Bizhan, the organiser for the evening (and occasional compere for Sofar Sounds), managed to secure for the night.

All were amazing.
All are new music YOU should go listen to.

2. THE THING I LEARNT THIS WEEK BUT WISH I DIDN’T

If you’ve never heard of Leeroy Jenkins, then you first need to watchÂ this phenomenal video. You need sound, btw. 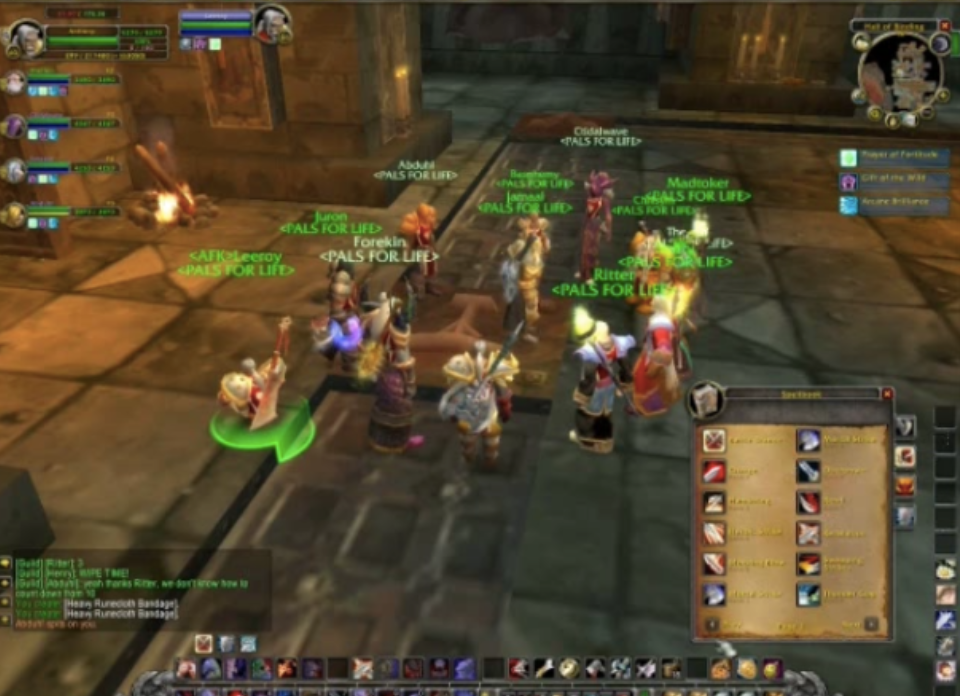 Go on. Even if you’ve heard of it before… I think you deserve to watch it again. I love it so much.

…this week I learnt something so AWFUL I almost feel bad telling you about it.

LEEROY JENKINS WAS A LIE.

I finally got around to reading theÂ excellentÂ Dan Hon piece ‘No one is coming. It’s up to us.‘ It in itself an adaptation of Hon’s talk ‘We are the very model of modern humanist technologists’ (is there a video, Dan?), punctuated with slides and references that resonate.

Read it and let it challenge your thinking. 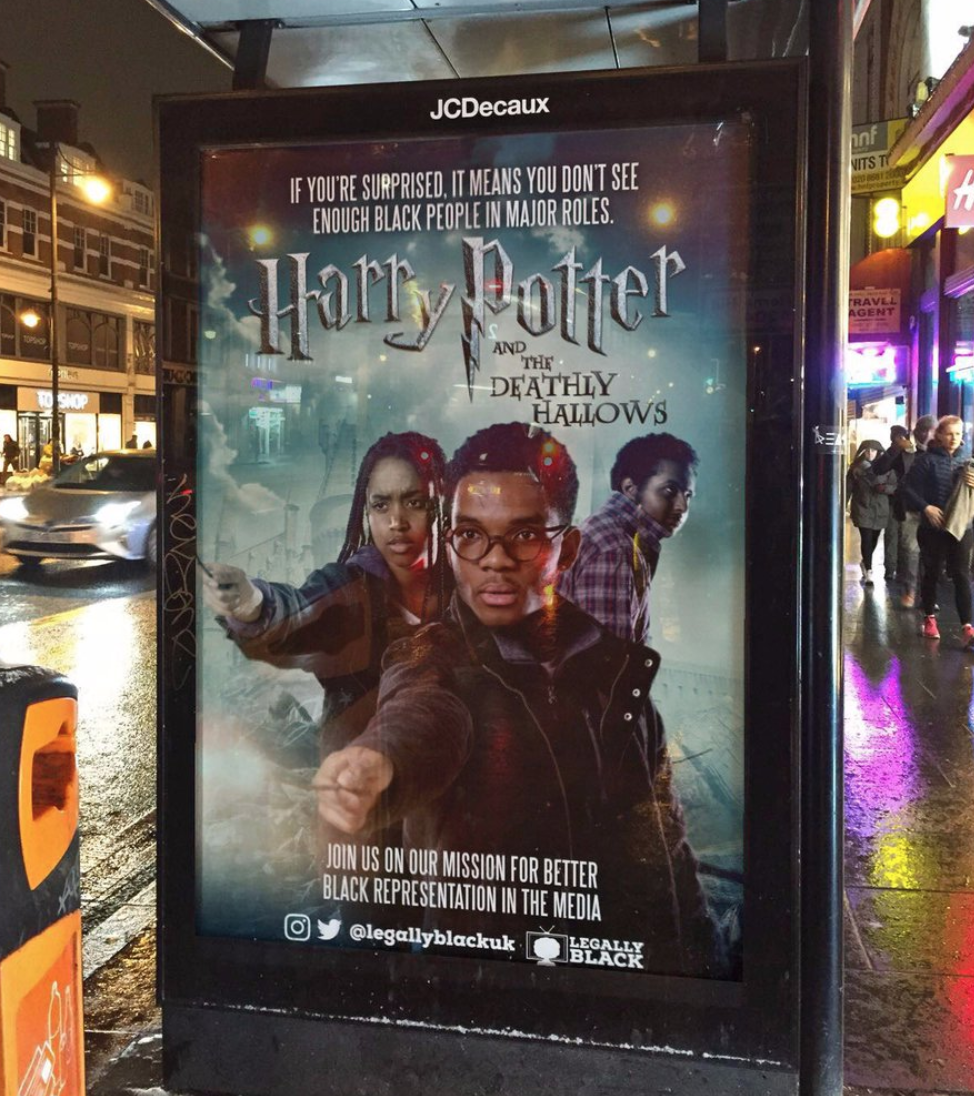 A group of young Brixton activists have recreated a series of film and TV posters with black leads. Here’s why:

“Research by the British Film Institute shows that black actors playedÂ only 218 lead roles in the 1,172 British films released between 2006 and 2016.There were 45,000 roles in total, which means black British actors played just 0.5% of them.

The Special Patrol Group put the posters up during aÂ snow stormÂ on Wednesday night, so that those behind the concept would see them on their graduation from the Advocacy Academy.

By Friday, most of the posters had been taken down and replaced with adverts for McDonaldâ€™s. JCDecaux, the advertising company that owns most of the bus stop billboard spaces, did not respond to requests for comment.”

There are more posters than the one above andÂ The Guardian has the full story.

This is great work; well done.