Things of note for the week ending Friday, February 2nd, 2018.

This is a great interview (I’m about a third into it) – I’ll give you a taster and then you can decide if you wanna read the rest of it.

“When Quincy Jones talksâ€”wandering from subject to subject as he doesâ€”the next famous name is rarely more than a few seconds away, but it doesn’t seem like name-dropping or showing off. It’s as if this just happens to be the interesting world he occupies. So he’ll refer to the time Nelson Mandela tried to get him to touch a cheetahâ€””I couldn’t do it”â€”and then he’ll mention that Colin Powell called a couple of days ago because Powell was annoyed at how Tyler Perry appeared to be portraying him in a forthcoming movie. (Jones helped connect them.) Or he’ll refer to the time Steven Spielberg showed him the first abandoned prototype for E.T.: “They made that little monster, and he looked too much like a brother. That’s why the second one had blue eyes.” Or the occasion in May 2007, when Oprah brought Barack and Michelle Obama ’round to this house in an attempt, unsuccessful at the time, to woo Jones away from his friends the Clintons. “To try to sell me on them,” he says. “And we sat down in the kitchen, and for six hoursâ€¦a really heavy meeting.” Â As another aside, he’ll let slip that he saw Stevie Wonder last night…”

Quincy Jones has a story.

It was the global premiere ofÂ THE BEST REVIEWED MARVEL FILM TO DATE– BLACK PANTHER – this past week.

THEY DID NOT DISAPPOINT. 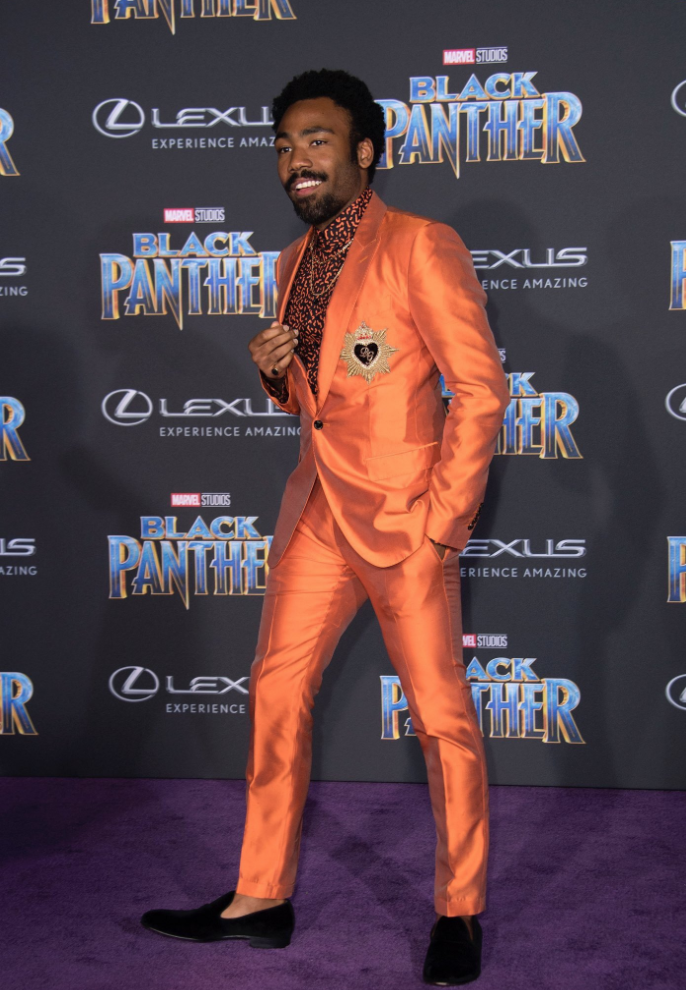 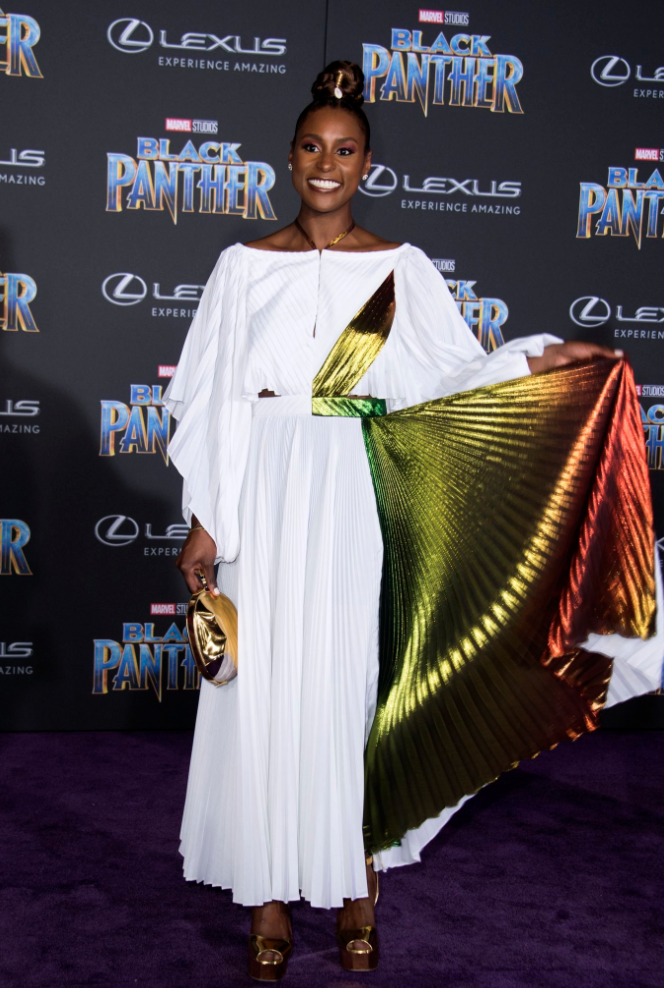 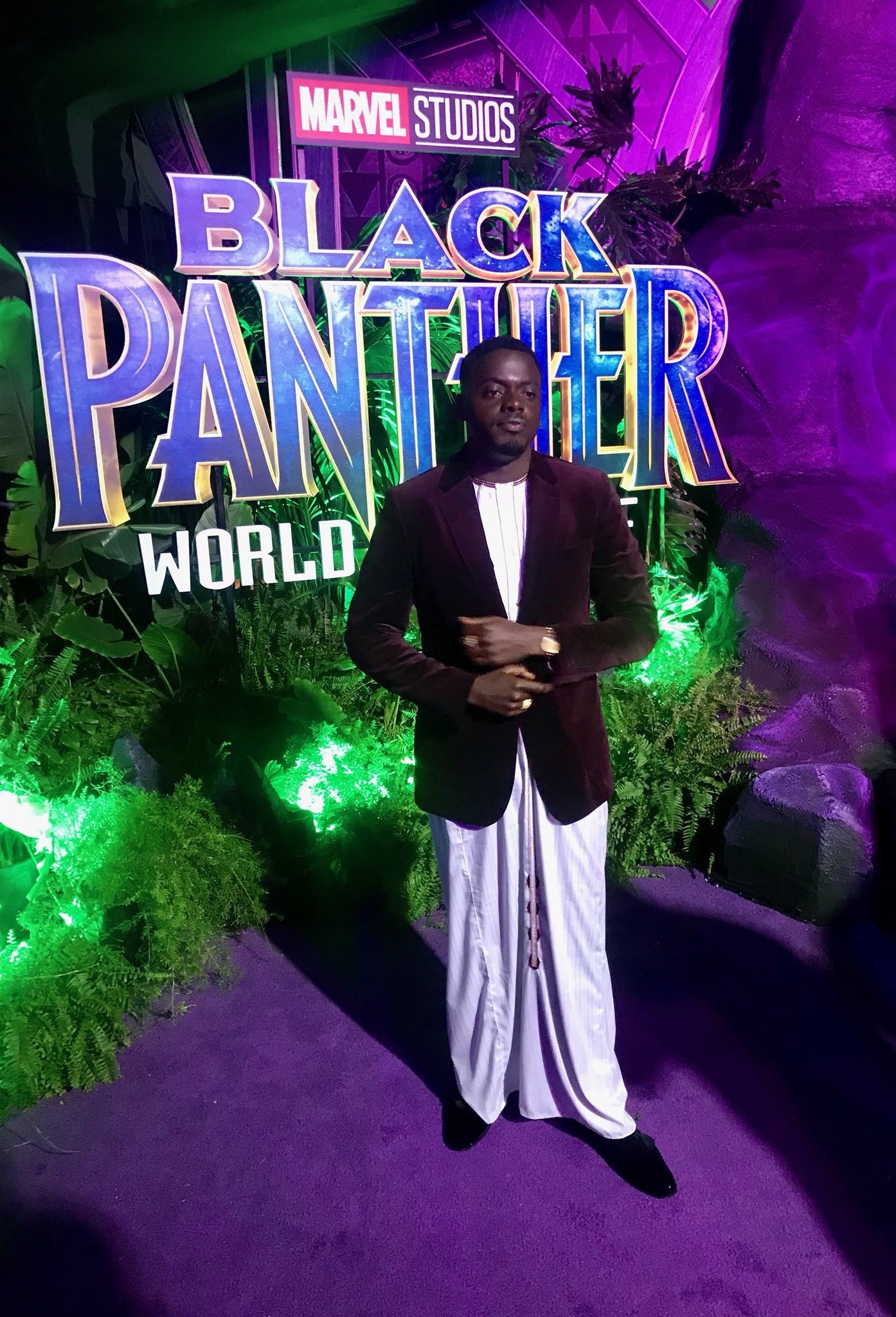 Related: I love this ‘United Colours of Nyong’o‘

3. HOW MUCH DOES AMAZON MAKE FROM ITS DIGITAL MARKETING BUSINESS?

Y’all may remember inÂ the #OgilvyTrends2018 presentationÂ a teeny little slide that looked like this:

Therein you would’ve read some huge statement like ‘Amazon will be the most important emerging platform for digital advertising in 2018’. That was December 12th, 2017.

January 28th, 2018 and the Wall StreetÂ Journal publishes this ‘How Amazon’s Ad Business Could Threaten Google and Facebook‘.

However, this section is not about me saying ‘Ooooo, look how smart we are!’, oh no. This section is about sharing this amazing chart that is a) from the WSJ article linked above and b) a good primer for exactly where Amazon sit among today’s major players. 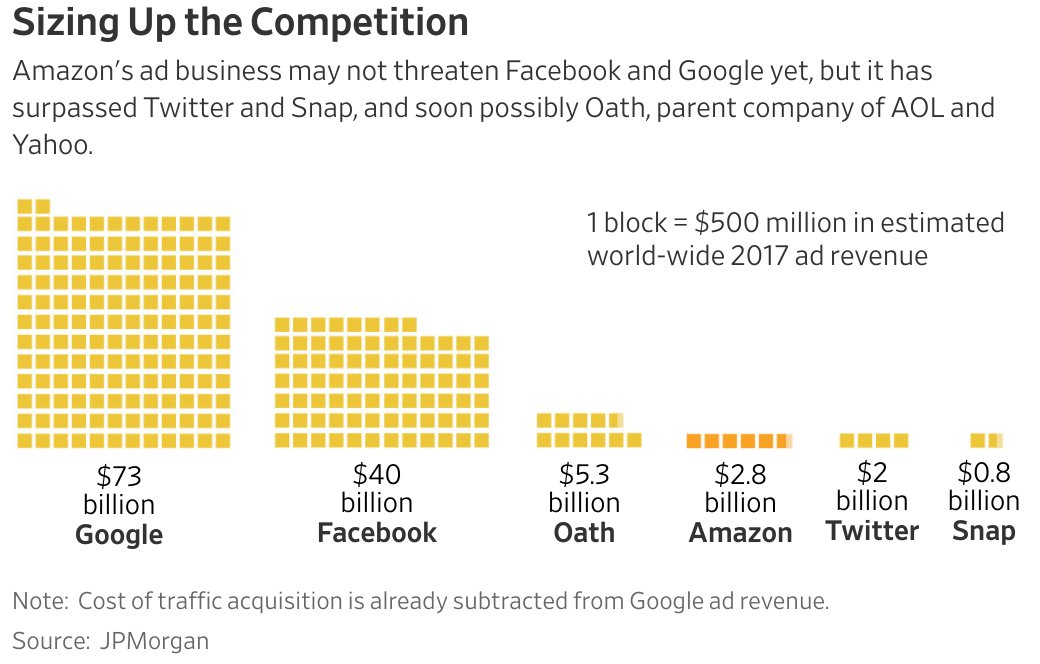 So tell me again – where is your media agency recommending you spend your dollar this year?

Not really a section to talk about a particular piece of work more a follow-onÂ piece fromÂ FtoF #241 (item 5)Â regarding BRANDS WITH PURPOSE.

Here are some thoughts on the topic. Some related, some not.

And it’s that last point that leads me to these two piecesÂ from BURGER KINGandÂ SONOS. Both addressing Net Neutrality. Both doing so in their own way.

Standing up for something that is relevant to your consumer? I think that’s important. Wading on a cultural conversation where your brand has no relevance? I mean, just GTFO.

The point is – I don’t where this has come from but it’s bugging me. In 2018, where things seem to be so darn binary, how does a brand find its ‘purpose’ – an authentic, modest purpose?Â With room to breathe, play – make money – and stand up for what it thinks is right for its consumer.

I will come back to this in a later edition, I’m sure

Your thoughts and comments are welcome.

This is super fresh. I think I mentioned in either the last edition or the one before that about the huge newsfeed algorithm changes coming to a Facebook near you (not heard?Â read up, yo). Since then, I’ve been either been on the fence or full-blown snark about the whole thing.

In the first instance, my opinion is that if you’re a publisher that still sees benefit from organic reach and you DON’T publish link/engagement-bait-y headlines/articles, then you really have nothing to worry about.

In the second instance, the snarky one, it’s often off the back of reading post after post, article after article, discussion after discussion about ‘What these changes mean for brands’ – when the truth of the matter is: NOBODY KNOWS. Literally, a few hundred people on the west coast of America MIGHT know, but that’s it. The changes haven’t been made yet and so the REAL WORLD IMPACT of the thing is UNKNOWN. So please, don’t swallow the BS from the second-rate ‘digital’ experts on LinkedIn – they know nothing.

OK, so rant over.

The good news is: Facebook is lifting the lid slightly – and did so TODAY!

The better news, the man who literally LIVES on the pulse of this stuff,Â Matt NavarraÂ (you really should follow him), was invited to the Webinar. 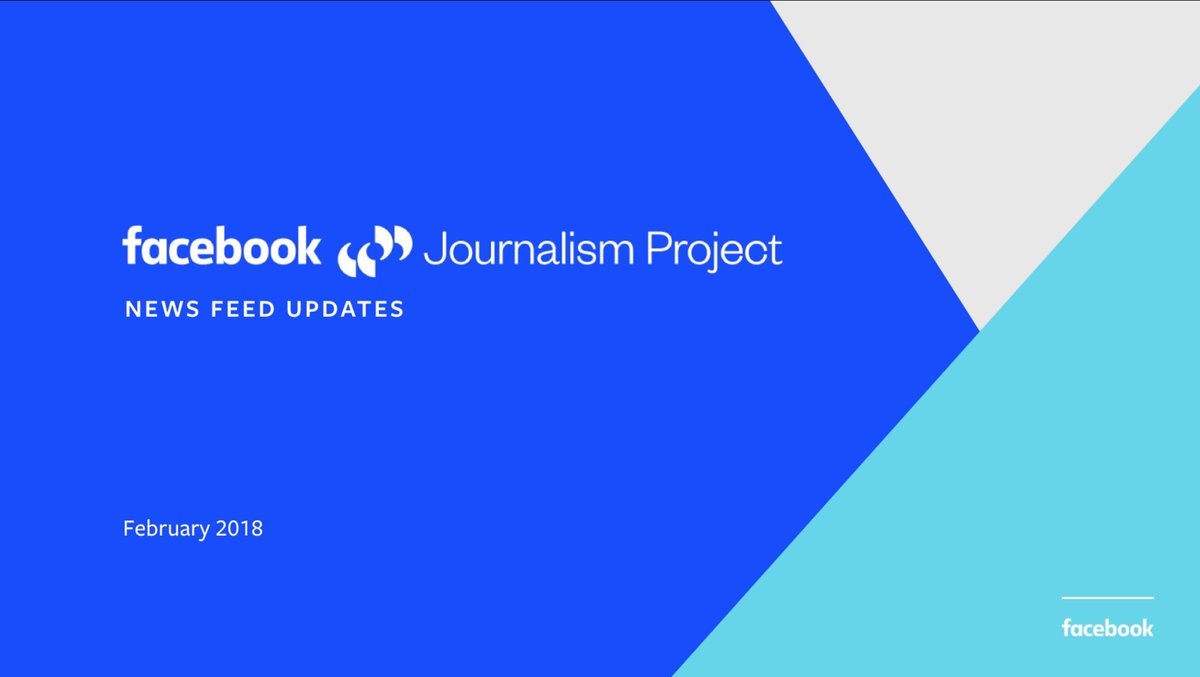 Better yet, he shared a bunch of slides! 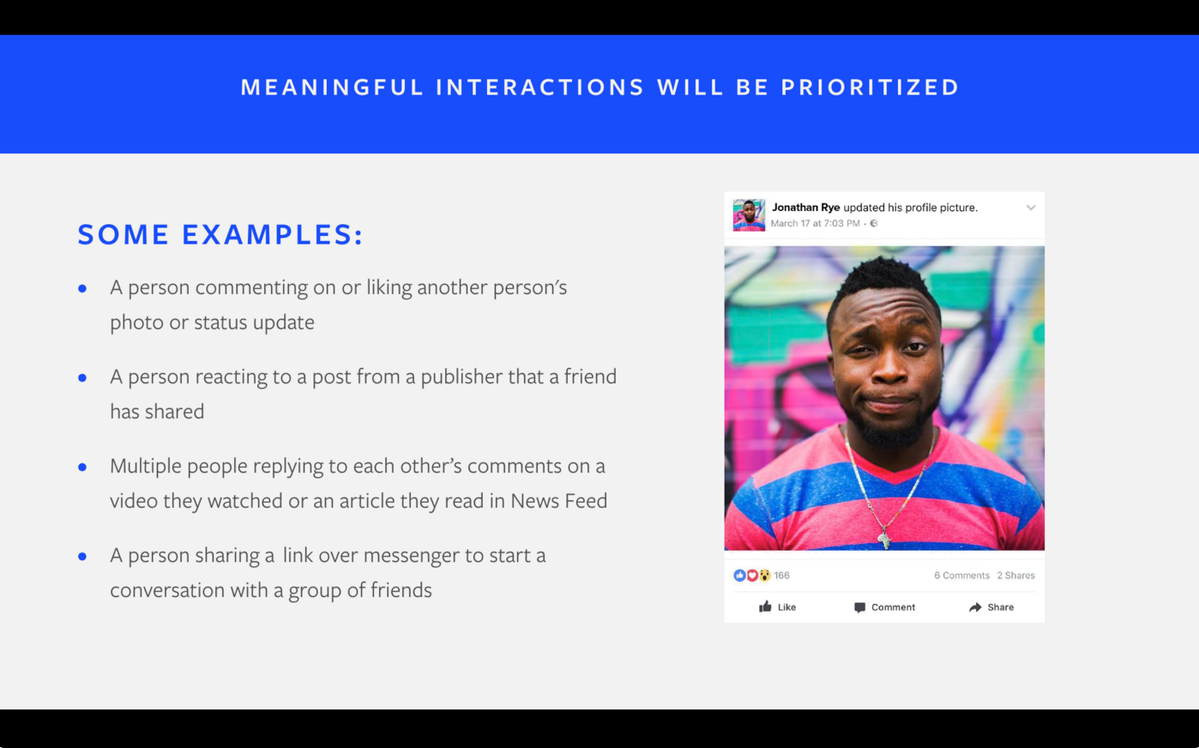 Official ones! With clarity! 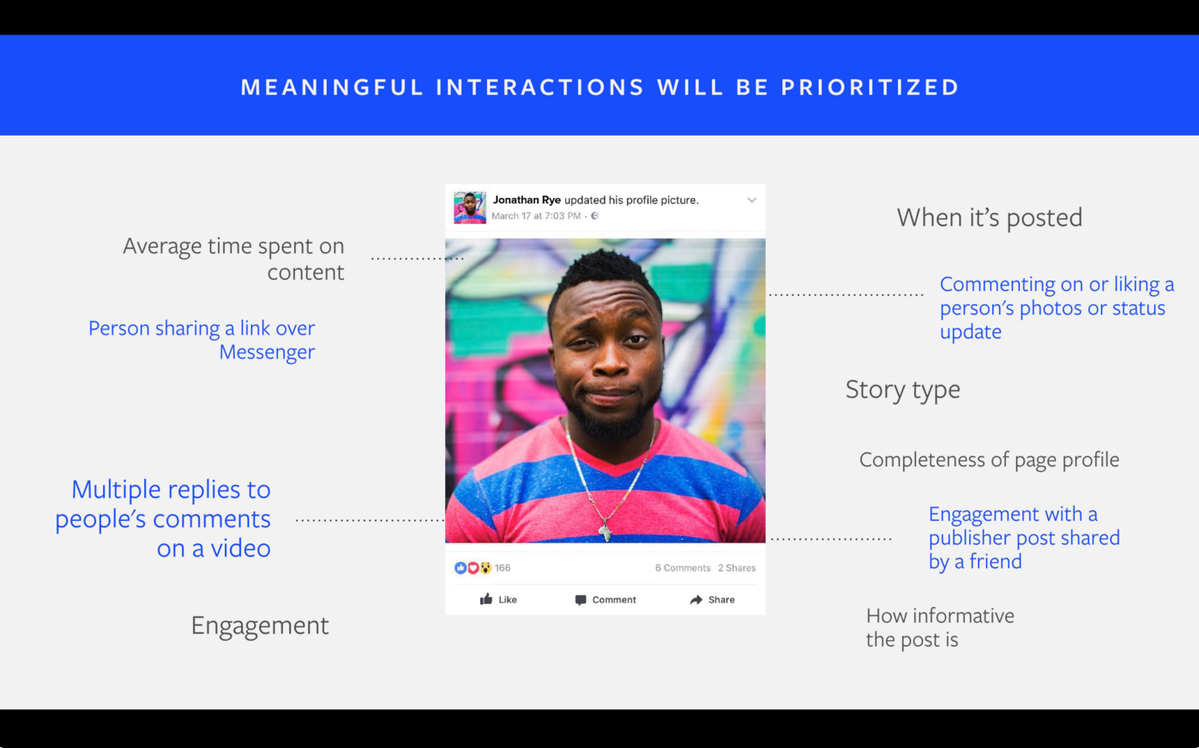 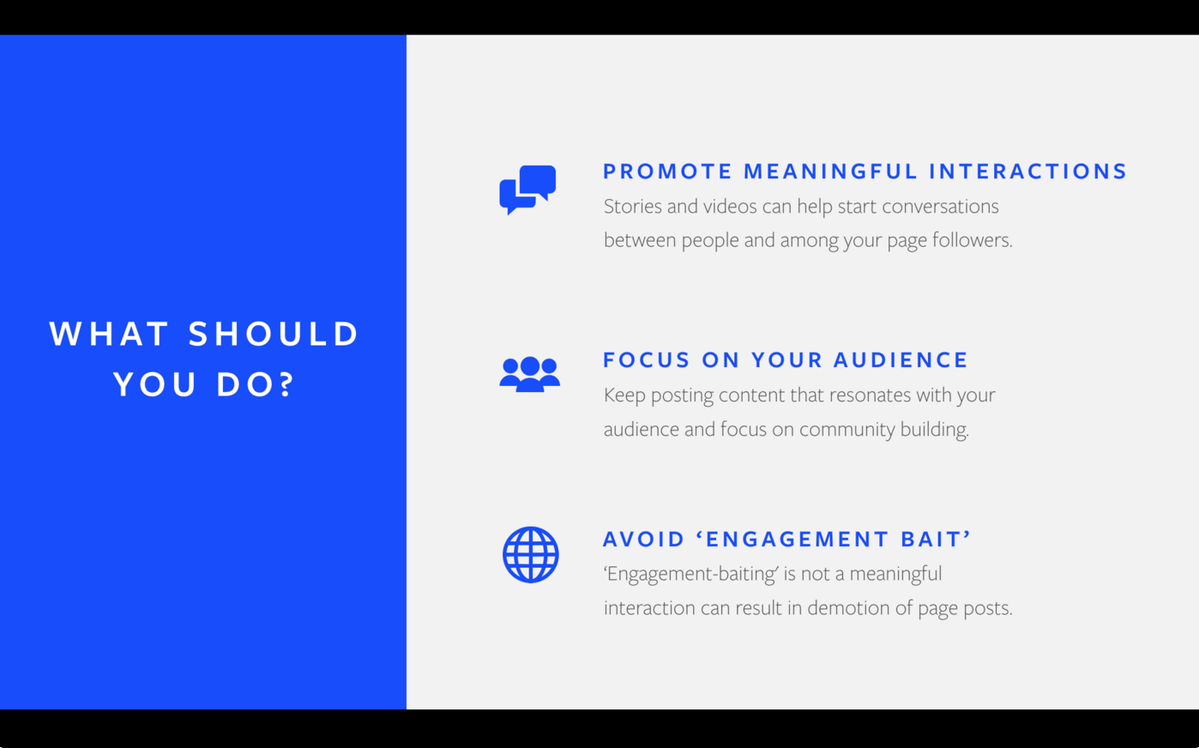 Like I said at the start: if you’re a brand/publisher that DOESN’T focus on your audience or promote MEANINGFUL interactions, then what the hell have you been doing this whole time?

It’s good to see this stuff from Facebook directly. It’s not exactly rocket science – but at least it’s clear.

YOU HAVE REACHED THE END.Â

Thank you for reading.

As I said at the start: the grass is always greener when you water it. Wherever you are in the world, whatever your situation, spend some time watering the garden this weekend.

You’ll be amazed at how green it can be when you put the work in.