And now, your things:

I love a party. I also love making party guests work. You can ask anyone that’s ever been to a party I’ve thrown (tie party, come as an effing hipster, Halloween, animals – you name it – but the rule is, if you don’t participate, just don’t come) – this is something I like to do.

So imagine my UTTER GLEE whenÂ I saw a tweet earlier this weekÂ talking about a party where EVERYONE HAD TO PREPARE A THREE MINUTE LECTURE ON SOMETHING THEY WERE PASSIONATE ABOUT.

This is a great idea. The rules are for the DTL party (Drink Talk Learn – obviously) are as follows (and are lifted kindly from the thread of above tweet): 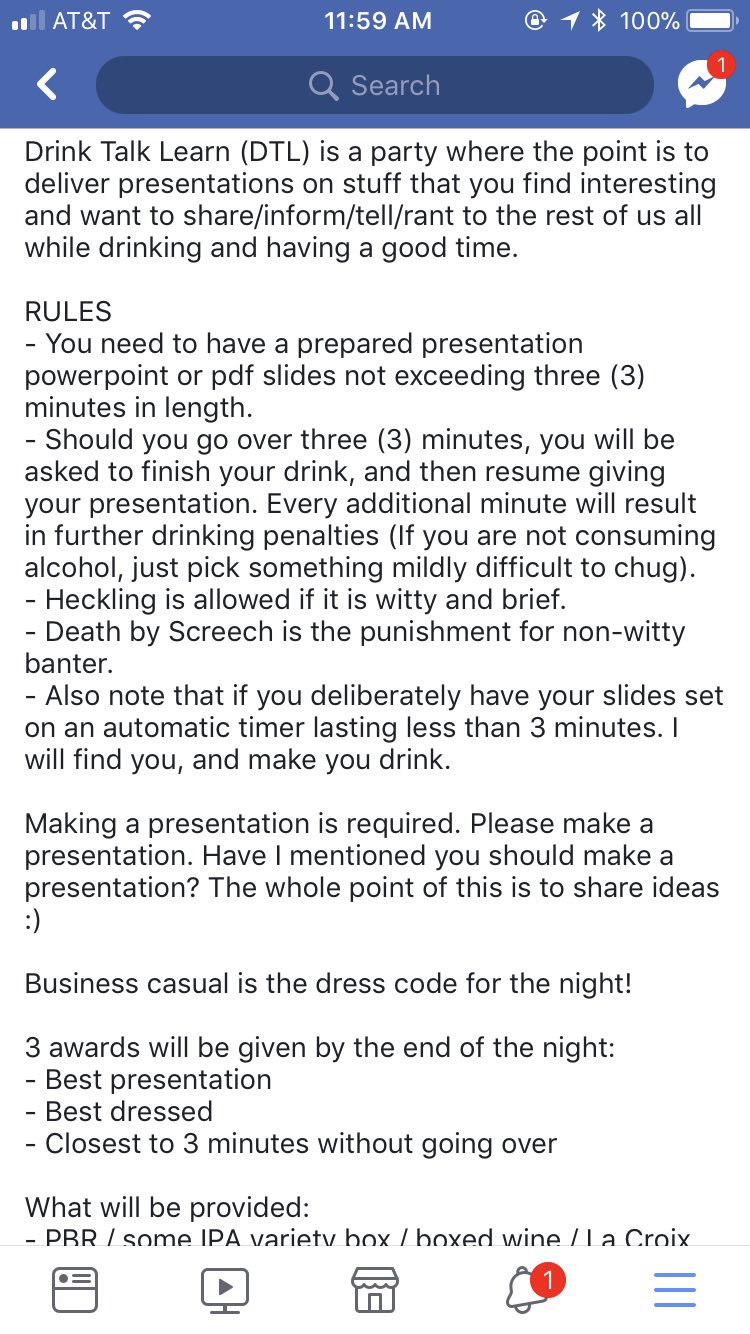 So please, all of you, at once. Go away and do this. If you’re a subscriber to this and you consider us real-world friends (I’m looking at you, Robbie) then expect an invite to one of these by the summertime.

I think that’s great advice to be taking into the New Year. Don’t you?

A simple question: ‘Since becoming a parent, how doÂ you do it all?’ – and yet, only asked of Mums. Not Dads.Â Parents, this one is for you.

‘As a mother and the founder and CEO of a digital health company, I frequently get asked about â€œwork-life balance.â€ My husband, Lee Teslik, an executive at Google, who changes as many diapers as I do, has had a very different experience. Weâ€™ve never really talked about this dynamic before, so one recent Sunday afternoon while our son was napping, we tape-recorded a conversation about the subject. The following is an excerptâ€”with all expletives, politics, and tears edited out.’

Read the full conversation, via Quartz.

First, this website I found this week via the Warren Ellis newsletter (it is excellent – he is mental, and Morning Computer is probably my favourite thing of his but still, that newsletter be hiding real gems). This -Â A Course In DyingÂ – is worth your time. A website specifically set up to encourage people to have more conversations about death and dying. We don’t do it until it’s upon us and, lo and behold, by then it is too late. Use A Course In Dying to build your ownÂ death awarenessÂ – and see where it takes you.

The second thing about dying – specifically, death – is written by Holly Butcher. 27 years old and no longer with us,Â Holly’s noteÂ about what matters and what doesn’t will move even the coldest heart. Read it. Use it.

I passed it to a loved one this week and they said upon reading that they would read it daily to help keep them sane and focused on the things that matter.

Probably the most important read this week. 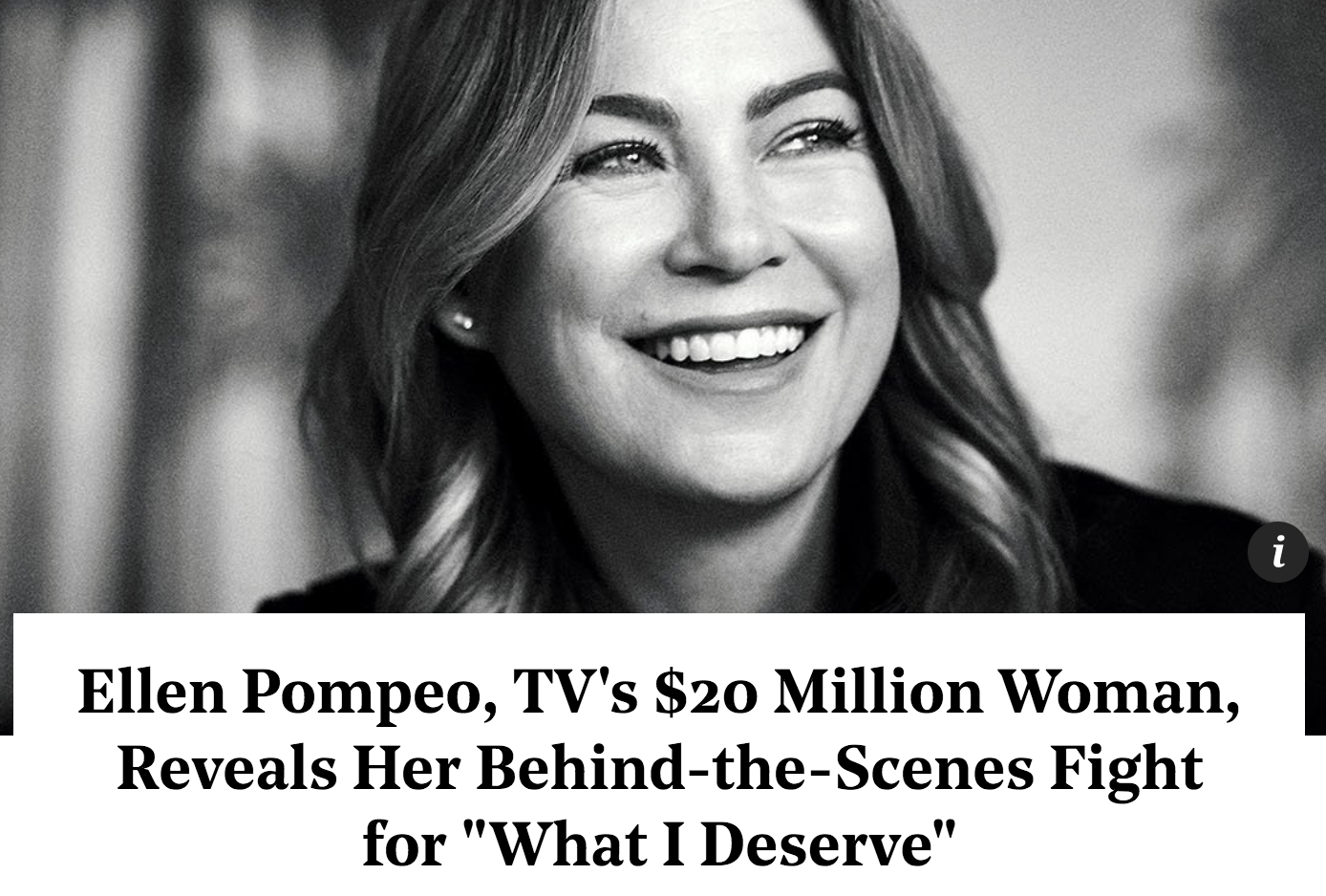 This is aÂ great interview. 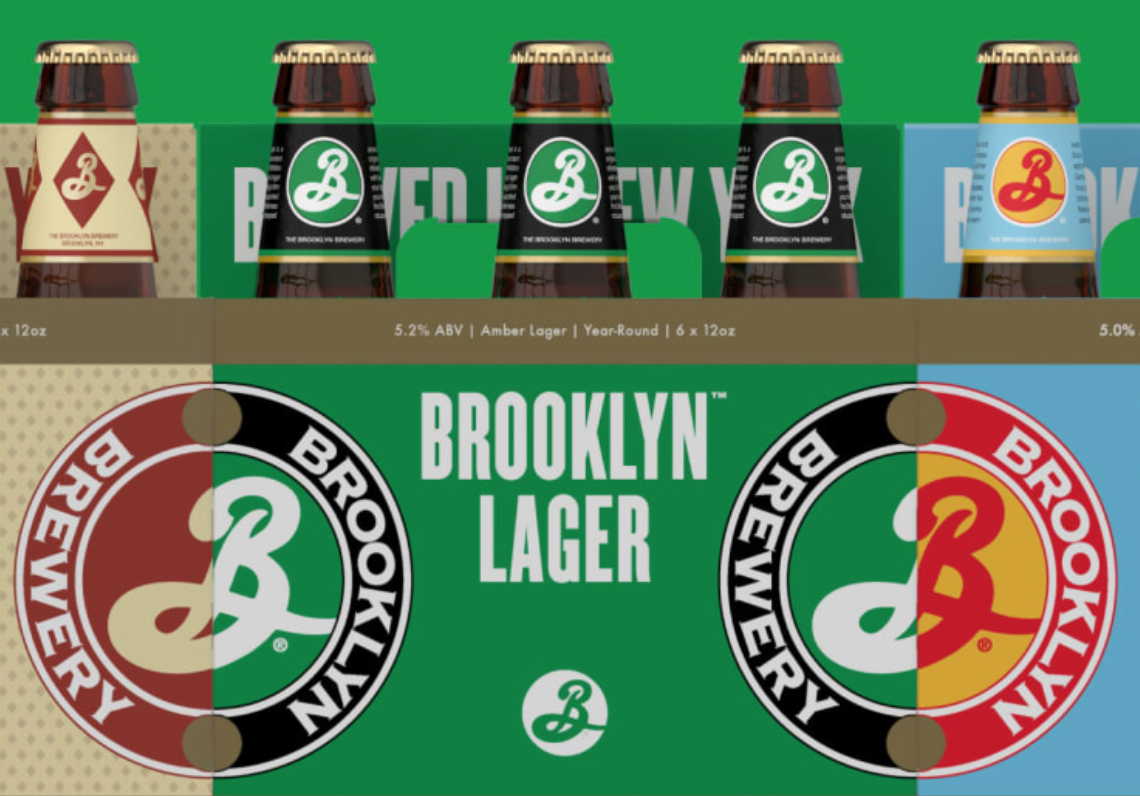 I was adamant that I’d shared this story before. Turns out I haven’t (at least, I don’t think I have). Anyway, the point is – Brooklyn Lager has appeared out of relatively nowhere and can now be found pretty much everywhere. The logo, however, that CLASSIC logo – ain’t as classic as it looks. It was invented (of course it was) to make you think that it had been around for years.

Not a new trick, not by any stretch.Â But an enjoyable read all the same.

This week, putting the onus into bonus.Â Â

LOOKS LIKE WE MADE IT. LOOK HOW FAR WE’VE COME, MY BABY.Â

I’ve got a good feeling about 2018. I don’t know what it is – or where it’s come from. I know me better than I’ve ever known me before. And that’s a huge thing to be able to say. I’ll write about it soon – maybe in June – and tell you all about it.

Thank you for reading.

Thank you, to those of you that do, for writing.

My moral advice for the weekend ahead is to just say thank you.

Until next time, fam.