Things of note for the week ending Saturday, November 10th, 2017.

Hi. Read the below. Then read on.

If youÂ SUBSCRIBEÂ to the Five things on Friday newsletter, you areÂ 100%guaranteedÂ to getÂ MORE STUFF (eg: a proper intro and probably some more gifs) than reading it here on whatleydude.com

Onwards… TO THE THINGS!

An old drinking/industry pal of mine (and much-missed hostess of the top-secret underground dance venue ‘Club IAB’ – if you remember it, were you even there?), Amy Kean, has written a book.

Not just any book, mind. No no.

In her Kean’s words, TGTGZF is ‘A fairy tale of everyday bravery and beautifully illustrated feminist handbook for the modern day’.

It’s on UNBOUND*Â right now, about 40% backed already, and you can secure your copy (and more) from Â£20 and up.

This is kinda live already for me.Â Ish. But yeah, very soon (like, in the next few weeks or so) those of you in the UKÂ will be able to send money back and forth to your friends via the medium of Facebook Messenger. 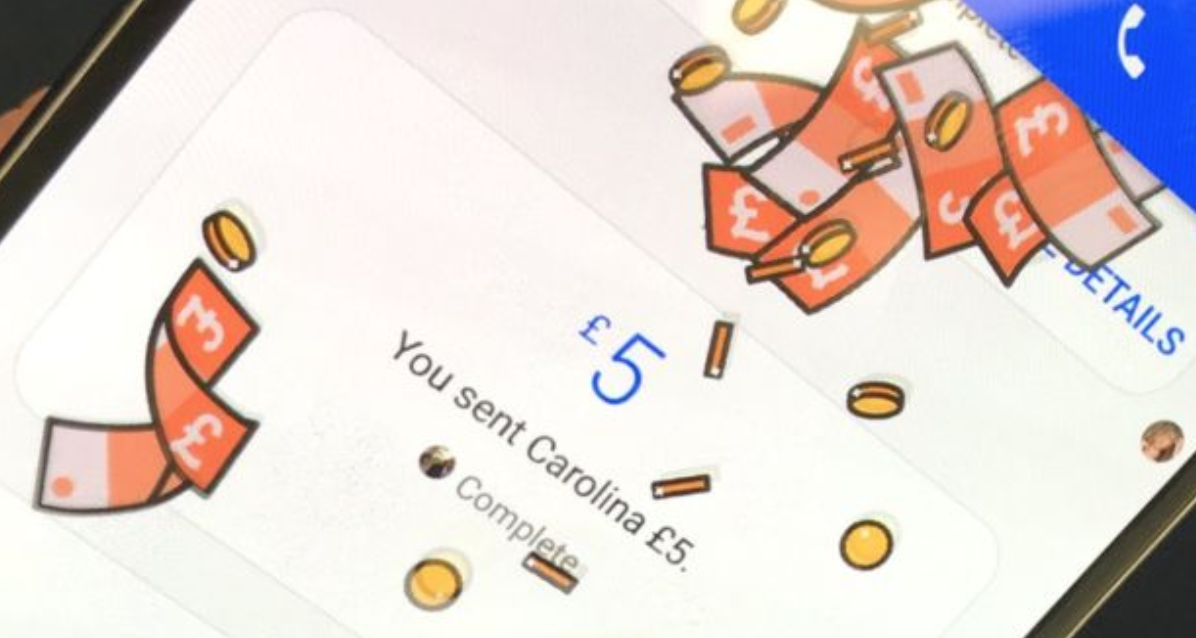 As reported byÂ the BBC:

The service was launched in the US in 2015. The social network says it has been widely used to split restaurant bills, pay babysitters and simply send gifts. It says most users

“Facebook has chosen the UK as the first country outside the US to get its Messenger payments service. Later on Monday, local users will be able to send each other money in a message.sendÂ less than $50 (Â£38).

The company says the service is coming to the UK because it has so many “mobile-savvy consumers”.

Facebook is collaborating with all the major banks and credit card firms to launch Messenger payments, which will require both the sender and recipient of money to register their payment cards.”

As I intimated above, this doesn’t seem to be completely live yet but you can check on your phone right now and see if it is.

> Open Messenger
> Open a one-to-one chat (not a group chat)
> Hit the blue plus icon on the bottom left
> And see if you get something like this:

> Hit that payments button, see if it works.
> And then let me know how you get on

Cheers toÂ GrahamÂ for the tip-off on this one. 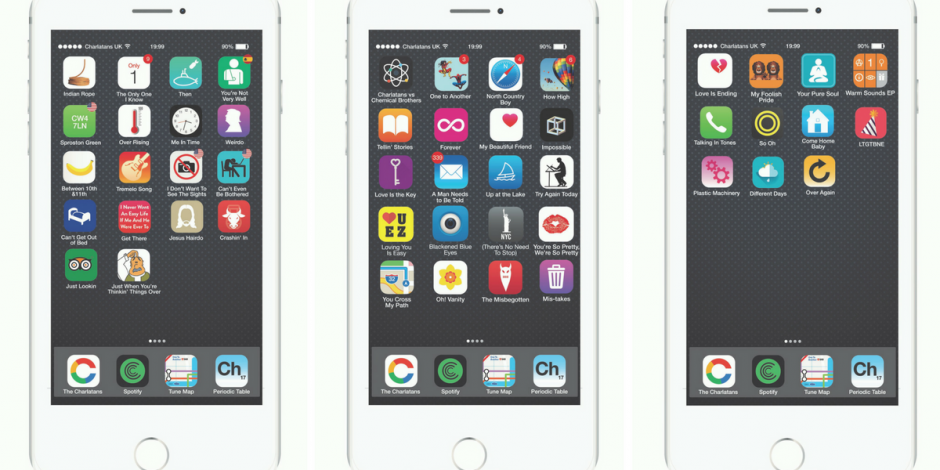 Indie Brit band, The Charlatans, have launchedÂ this fancy mobile websiteÂ (open on mobile – it won’t work on desktop) that emulates yourÂ phone screen (yourÂ iPhoneÂ screen) to give you a new way to experience the huge back catalogue of work that they have at their disposal.

This is really nicely done.

I’ve had a play with it and there’s TONS of content in here. If you’re a fan, you probably know about this already. If you’re not, go play and see how a nice bit of EXPLICITLY MADE FOR MOBILE CONTENT can actually be done really well.

Side note: it reminds me ofÂ this vertical movie/mobile takeover videoÂ from awesome J-Pop group, Lyrical School (any excuse to play this anytime, honestly).

I don’t have tooÂ much to add here save:

Aisling Bea writing about her father’s death when she was three years oldÂ is one of the most moving things I’ve read this week.

5. THIS WEEK IN ‘BLACK MIRROR EPISODES ARE LITERALLY HAPPENING IRL ALL AROUND US’ 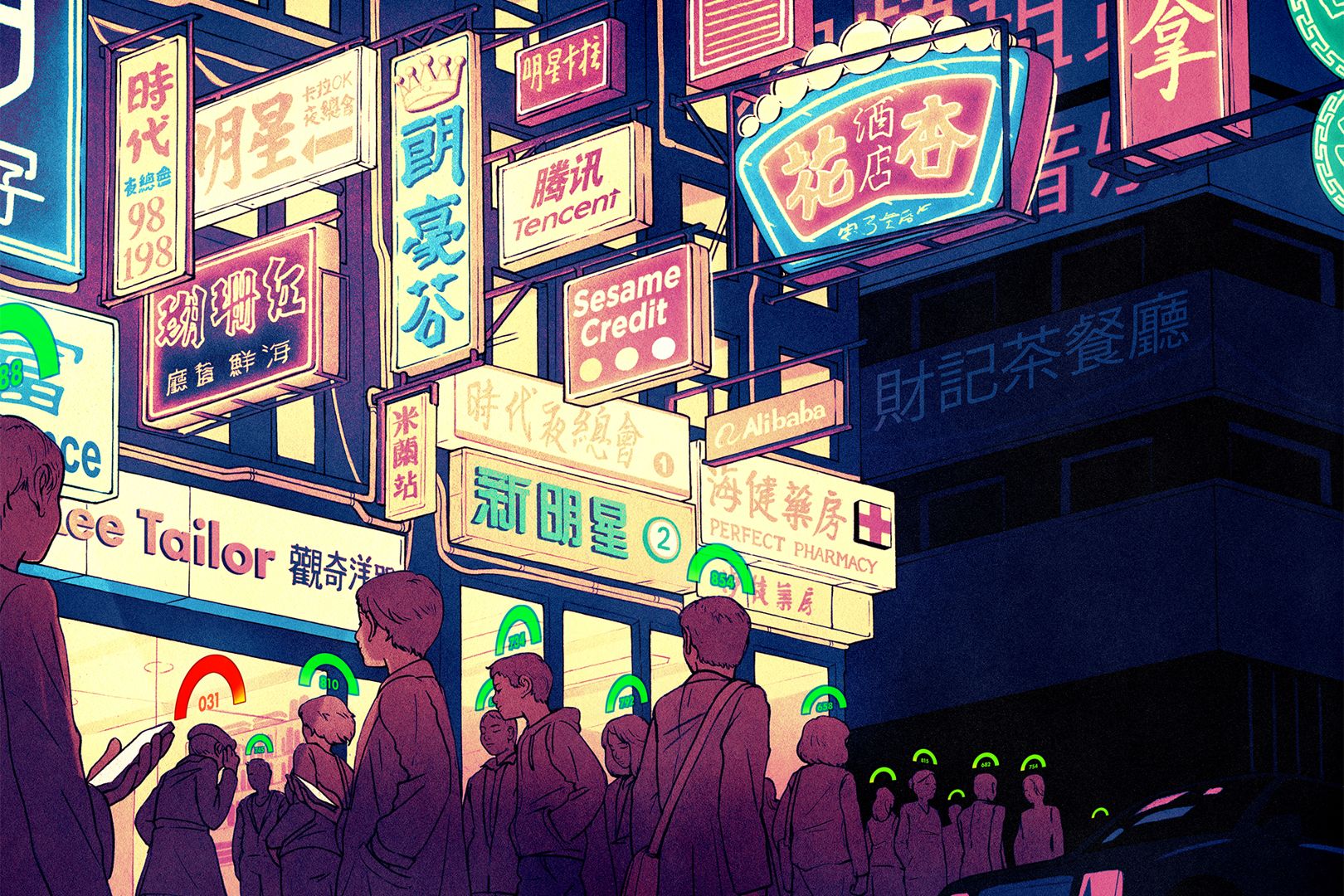 “On June 14, 2014, the State Council of China published an ominous-sounding document called “Planning Outline for the Construction of a Social Credit System”. In the way of Chinese policy documents, it was a lengthy and rather dry affair, but it contained a radical idea. What if there was a national trust score that rated the kind of citizen you were?

Imagine a world where many of your daily activities were constantly monitored and evaluated: what you buy at the shops and online; where you are at any given time; who your friends are and how you interact with them; how many hours you spend watching content or playing video games; and what bills and taxes you pay (or not). It’s not hard to picture, because most of that already happens, thanks to all those data-collecting behemoths like Google, Facebook and Instagram or health-tracking apps such as Fitbit. But now imagine a system where all these behaviours are rated as either positive or negative and distilled into a single number, according to rules set by the government. That would create your Citizen Score and it would tell everyone whether or not you were trustworthy. Plus, your rating would be publicly ranked against that of the entire population and used to determine your eligibility for a mortgage or a job, where your children can go to school – or even just your chances of getting a date.

A futuristic vision of Big Brother out of control? No, it’s already getting underway in China, where the government is developing the Social Credit System (SCS) to rate the trustworthiness of its 1.3 billion citizens.”

Not at all concerningÂ in any way, shape or form.

It’s totally worth reading the whole WIRED piece, btw. They’re calling it ‘Gamified obedience’ – yeah, that shiver that just went down your spine. I had that when I read it too. Eesh.

For reference – here’sÂ the wiki for that Black Mirror episode.

So yeah, about this section. It’s bloody massive this week.Â Blame me for taking a couple of weeks off.Â I’m really sorry for what I’m about to do to the tabs in your browser.

HOLY HELL YOU MADE IT TO THE END.

Hello to the fifty-odd new people that signed up over the past fortnight – I hope this newsletter has fulfilled all your dreams.

The existing reads, you’re all lovely too. Obvs.

If you enjoyed this week’s edition, send it to a friend or, better yet,Â RT thisÂ with an endorsement.

I hope you have a gorgeous weekend,