IMPORTANT NOTE:Â if you SUBSCRIBE to the Five things on Friday newsletter, you are 100% guaranteed to get MORE STUFF than reading it here on whatleydude.com – just sayin.

The above title is taken from a really interesting article in the latest edition of Harvard Business Review (the article is online – four articles are free a month, I believe) but a couple of key things stood out as super relevant to me (and perhaps you too).

Key thing one: many of the perceived ‘solutions’ to meeting overkill don’t actually work. HBR lists off tried and tested methods such as: establishing a clear agenda, holding your meeting standing up, or delegating someone to attend in your place – all as good bandages. But none of them gets to the route cause of there being TOO MANY meetings. Something to keep in mind*.

“For one thing, time is zero-sum. Every minute spent in a wasteful meeting eats into time for solo work thatâ€™s equally essential for creativity and efficiency. For another, schedules riddled with meetings interrupt â€œdeep workâ€â€”a term that the Georgetown computer science professor Cal Newport uses to describe the ability to focus without distraction on a cognitively demanding task. (In a recent study, managers across the board in the United States and China told us that this happens â€œfar too often!â€) As a consequence, people tend to come to work early, stay late, or use weekends for quiet time to concentrate.”

Too many meetings = high impact on USEFUL BRAIN TIME – aka ‘Deep work’ time. Be mindful of others!

Key thing three: if all this sounds familiar – worry not! You are not alone.Â Here’s HBR again:

“A team at a global e-commerce company we studied had just one or two meetings a week, but they still felt like a waste of group time for several reasons. First, hours and locations often changed at the last minute, so many people arrived unprepared or didnâ€™t come at all. Second, the agenda was often vague or redundant with side conversations that had already occurred, so the meetings felt like a rubber-stamping of decisions made elsewhere. Third, when new issues were raised, next steps were usually left unclear, leading to more sidebar conversations outside the room. One software developer told us that he kept showing up for the meetings even though he rarely got anything out of them, because his attendance was expected by his manager and everyone else. As a workaround, he covertly did his own tasks during meeting time. While this may seem like a harmless way to maintain individual productivity in the short term, it causes group productivity and camaraderie to deteriorate over the long term. When people donâ€™t contribute to the discussion or pay attention to whatâ€™s being said, the team fails to reap the full benefits of convening, and the meeting wastes everyoneâ€™s time.”

So yeah – companies all over the world suffer from meeting overkill. The question is: what are going to do about it – if anything?

HBR has some guidance on that too.

The whole thing is worth a read.

Related: I remember when a dear friend of mine who, having spent much of his working life creating and making new tech/software/ideas on his own, joined his first agency only a couple of years back.

He had/has a point.

*from a personal perspective, I picked up from a Google blog post some time ago a habit around productivity that I tend/try to stick to. It involves committing Monday to writing your To Do list FOR THE WEEK (not the day), committing to completing smaller actions, and putting any and all meetings in for that afternoon and/or Tuesday. Then Tuesday/Wednesday is kept for focusing on the work. Thursdays: review, check inbox for new tasks. Friday finish off anything outstanding, close off weekly To Do list.

It is absolutely NOWHERE NEAR achievable week in, week out. But as a guideline, it really helps you keep track of your week. Especially if you’re somebody (like me) who lives their working life by where their calendar says they should be and when.

2. THIS WEEK, IN ‘TECHNOLOGY WE COULD ALL DO WITHOUT’

Where do I start?

Why does anyone need this in their lives? Don’t get me wrong, I am fully on board with the idea of ambient notifications but as a night light?

Specifically, something that is supposed to help/aid you SLEEP?

If you’re the type of crazy person who likes this sort of thing, then get yourself over to the Kickstarter page quick.

3. CONFESSIONS OF AN AWARD JUDGE

No, not those kinds of confessions. Put the popcorn away, dear.

It’s awards season, in the advertising/communications industry. That means, for those of us who work in it, depending on your role/position/interest, the next few months will consist of at least one of the following:

(For what it’s worth, I can tick every single one of those off my career bucket list with ease)

While there’s not much I can do to help with much of the above, however, when it comes down to the award entry itself, what I can do is pointÂ you in the direction of this FANTASTIC blog post from the always generous Stephen Waddington.

Aimed at those writing award entries (specifically for PR awards) there is a lot of solidÂ gold inÂ the advice given and, if you’re going to be ANYWHERE NEAR an award entry anytime soon, then this is a MUST READ.

As a build on the above, I’ve been asked to join the judging panel for the Social Buzz Awards this year (I said yes) and, having done it once before a few years ago, I can tell you: yes of course the work is important but the entry itself is your ticket to success.

4. WHEN YOUR PLANE CATCHES FIRE

According to the International Air Transport Association, emergency aircraft evacuations averaged just over ONE A WEEK for the year of 2016. That’s a helluva lot more than you might imagine, right?

Kevin J. Delaney was in such an evacuation a week ago (pictured above). Here’s his account of events, courtesy of Quartz. 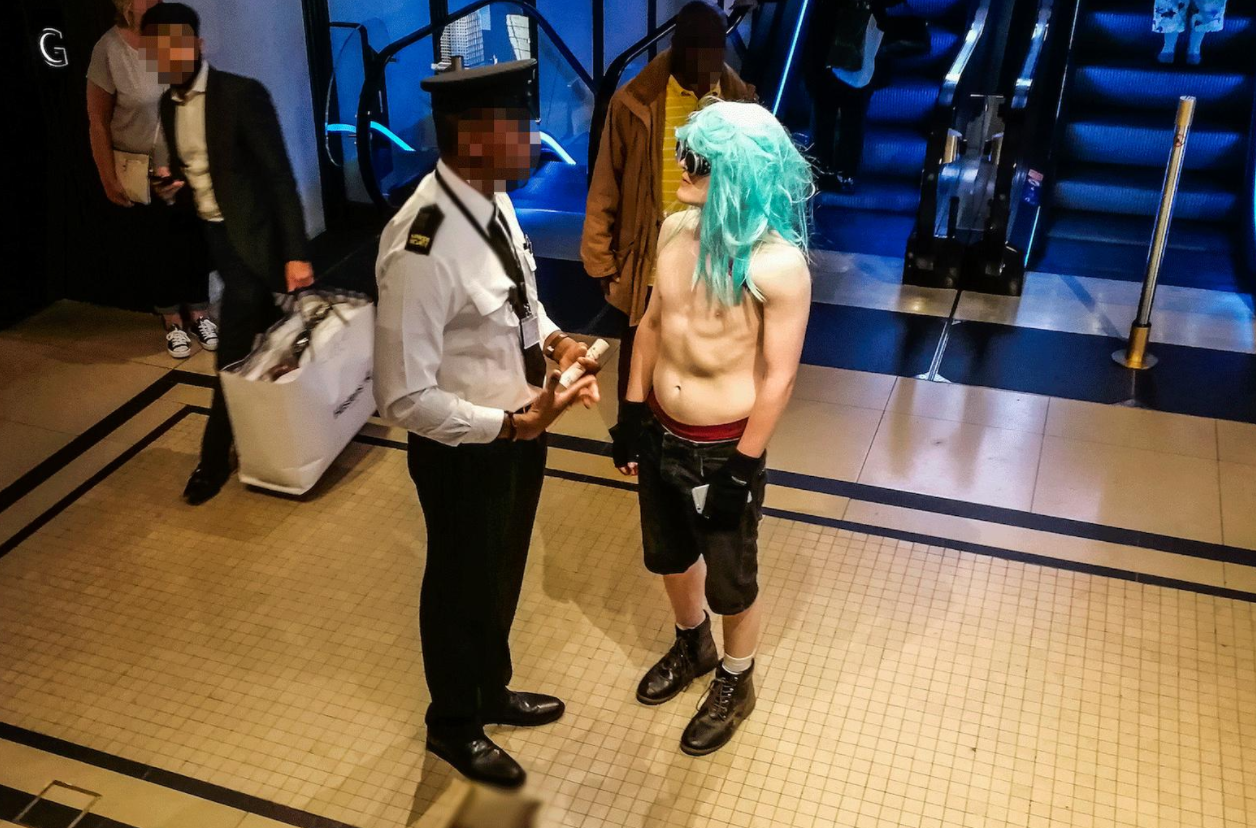 VICE contributor, Oobah Butler, decided to test the alleged Harrods dress code (I say ‘alleged’ because while it used to be a pretty big deal back in the late 90s it seems (and this test only goes to prove it) that things are a bit more relaxed these days) and while the results are somewhat surprising (barefoot: pass – what?) the journey itself is hilarious.

AND HERE WE GO WITH THE LARGE COLLECTION OF THINGS THAT A)Â TAKE US OVER THE PRE-REQUISITE OF FIVE AND B) HAVE SAT IN A CHROME TAB FOR THE BEST PART OF A WEEK.

And that’s about it for this week.